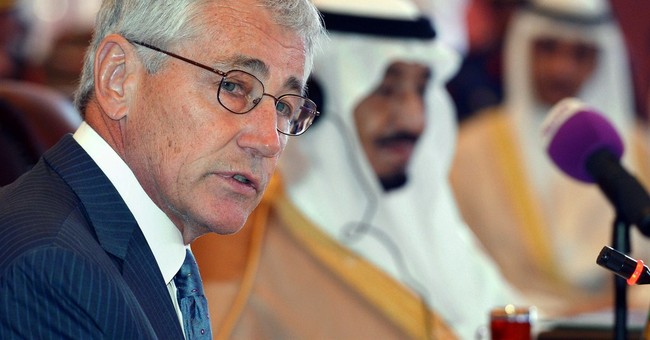 On Sept. 11, The New York Times demonstrated once again the media's peculiar sense of patriotism. The 9/11 attacks were not remembered at all on the front page. Instead, the top-right headline in capital letters read "DEMOCRATS HAND VICTORY TO OBAMA ON PACT WITH IRAN."

The networks sounded just like that on a previous night for "victory," Sept. 2, when liberal Sen. Barbara Mikulski made the agreement veto-proof. "A big victory for President Obama," announced ABC anchor David Muir. "In a major win for the Obama administration, the nuclear deal with Iran now appears unstoppable," gushed NBC anchor Lester Holt. "This is a major diplomatic victory for the President. ... This is something that will shape the Obama legacy," declared CNN reporter Jim Acosta.

These Obama servants have a problem with those aforementioned "fair-minded Americans." They don't trust the Iranians as far as they can throw them. NBC's Andrea Mitchell briefly mentioned on NBC that "Polls show Americans are sharply divided over the agreement but Republican candidates sure aren't."

"Sharply divided" is a spin. The American people are sharply opposed to the Obama deal.

On Sept. 2, the latest Quinnipiac poll showed the Iran deal was wildly unpopular -- 25 percent in favor, 55 percent opposed. Independents gave it thumbs down, 59 to 24 percent. When asked if the deal would make us more or less safe, 28 percent said "safer," and 56 percent checked "less safe."

If George W. Bush was losing a foreign-policy debate by 30 points, do you think the press would portray the public as "sharply divided"?

Other polls showed the same result. A Pew poll conducted Sept. 3 to Sept. 7 found 21 percent in favor and 49 percent opposed. When asked, "How much confidence do you have that Iran's leaders will uphold their side of the agreement," 20 percent said "a great deal" or "a fair amount." Seventy percent picked "not too much" or "none at all."

Polls only surfaced at the very end of The New York Times "victory" story on Sept. 11. "While polls show that support for the deal has been slipping in recent weeks, it is unclear how much political impact Thursday's vote will have. Voters so far have largely kept their focus on economic issues."

The Times crew knows this deal is unpopular, but won't report so directly. Obama's "major victory" and "legacy" and "foreign policy achievement" are the terms that prevail.