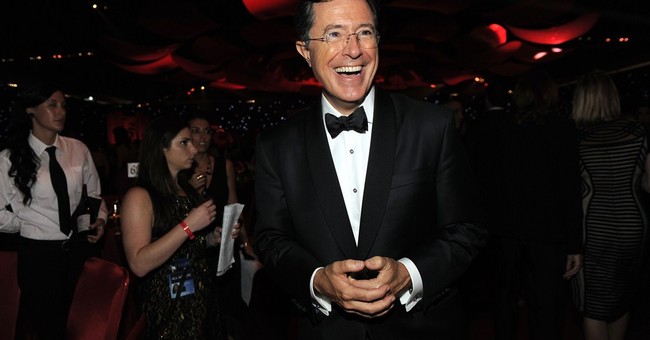 TV and movie producers rarely focus on Catholic priests in their plots, let alone use them as central characters, as in "The Father Dowling Mysteries" or "Father Murphy" in the 1980s. Maybe that's a good thing, because when Catholic priests are part of the plot these days, there is an unmistakable odor of aggression -- mocking, vilifying, and disparaging not just Catholic priests, but the priesthood itself.

On March 4, on the nation's most religion-mocking channel, Comedy Central, the late-night game show "@Midnight" featured the comedian Neal Brennan. Host Chris Hardwick asked a question about confession, to which Brennan responded, "Forgive me, Father, for I have sinned, I went to Catholic school growing up. While I was never molested, I did f---- a few priests."

The Catholic League points out this isn't original for Brennan. On the premiere of his own standup show on Comedy Central, which aired Jan. 19, 2014, Brennan commented that he went to Catholic school for 12 years. "No, I didn't get molested, I f----- a few priests, but I didn't get molested."

The Fox comedy "The Mindy Project" on March 10 featured a priest played by ... Stephen Colbert. Colbert's priest was a man who turned away from a very sinful past, which is certainly possible. A turn from moral degradation to holiness might even be inspiring. Not so with this one. This priest began his sermon by boasting he'd had sex with 275 women and had used "crazy drugs." He chest-thumped about this at a funeral Mass.

Colbert's priest was the usual Catholic nightmare, all about punishing, even excommunicating believers for using birth control and having premarital sex. "Trust me," he sermonized, "these little sins are just a straight a path to hellfire as all that really cool stuff I used to do."

Then there was the Feb. 26 season finale of the ABC drama "How To Get Away with Murder." A priest was accused of murdering another priest. The guilty priest told the defense team he killed an older priest in his parish by pounding his skull in with a blunt golden object -- the thurible, which holds the incense used in the Mass. They showed one of the show's law-student characters insisting, "Not all priests are pedophiles," with another shooting back, "Since when?"

The priest who was killed had confessed to abusing a teenage boy who later hung himself. The plot is not just offensive. It's dishonest. After a decade-plus of reform by the Catholic Church -- including an order to priests to break the seal of confession to report child abuse -- the priest still says, "I thought about breaking the sacrament, reporting what he told me, but I know they'd just transfer him."

TV producers insist their stories "reflect reality, claiming even they're "ripped from the headlines." Well, there are other religious traditions that collide with human frailty.

In recent weeks, newspapers have reported some eye-opening stories: the Washington rabbi who admitted to taping a large number of married women getting naked in the ritual bath called a mikvah; the female Episcopalian bishop in Baltimore with a history of drunk driving who struck and killed a bicyclist; and a Chicago imam charged with a pattern of sexual abuse of women and girls.

There will be no Hollywood plot lines based on these headlines. Tinseltown tradition suggests these real-life plots just aren't "real" enough -- which is to say, interesting enough -- for television. Were these offenses committed by Catholic priests, it would be a different story altogether. They are in the Hollywood bull's-eye at all times.