Republicans Are Still Trapped in a Silent Film Era 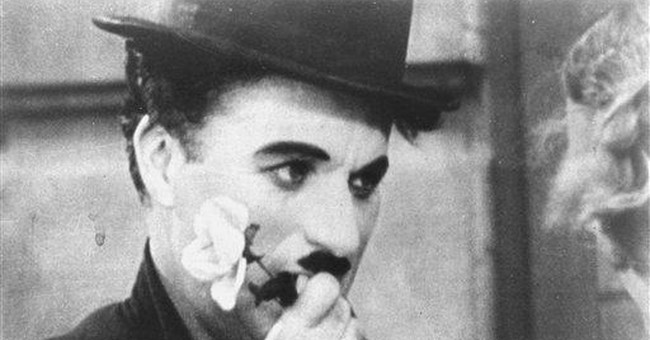 In Billy Wilder’s 1950 film classic Sunset Boulevard, Norma Desmond is a silent film star who stubbornly refuses to adapt to an evolving industry that suddenly includes sound, ultimately inducing her own irrelevance and destruction. The Republican Party is Norma Desmond’s modern political incarnation.

This has been evident in the aftermath of President Obama’s recent immigration overhaul. Despite the fact that 57 percent of Americans support a pathway to citizenship, and rumors of immigration reform have waded down Pennsylvania Avenue for six years, Republicans have continually failed to devise a practical solution to bring to the table. By daring the president to act alone, Republicans not only incentivized a fanatical executive solution, but paved the road to their own political downfall.

The Republican response to Obama’s checkmate has varied but treaded predictable rhetorical waters: impeach the president, defund U.S. Citizenship and Immigration Services, protest the State of the Union, etc. But behind the outrage lies a greater truth that has yet to be addressed—the Republican Party’s sluggish transition into a new world, a world with sound.

According to census projections, the majority of the United States will no longer be white by 2043. Yet each election, Republicans continue to lose minority and Millennial voters, a trend reaffirmed this past election by a significant gender and age gap. While much of the decline can be attributed to growing disenchantment with dated policies, some of the decline can rightfully be attributed to inflammatory rhetoric emanating from party hardliners.

The political disconnect extends beyond immigration. Republican Rep. Andy Harris recently stated he intends to block the legalization of recreational marijuana in the nation’s capital by defunding the initiative behind it, a measure that voters passed by a resounding 2 to 1 margin. Morally derived threats, however, not only underscore a growing paternalistic drift within the Republican Party, but willfully ignore a broader national trend that merits acknowledgment—social liberalization.

Indeed, it has been painful at times to watch the party of Frederick Douglass, Sojourner Truth, and Robert Taft cling to a sputtering film reel in what has since become the ideological equivalent of an old, rundown movie house. But, the Republican Party can recover.

The first step is admitting a problem. Though November’s “red tide” election may have delivered Republicans control of congress, it was far from a nation suddenly waking up and adopting conservative social values. To a larger extent it was the natural consequence of a second term election cycle and lack of options in an American political system that disproportionately favors two parties. Had the election been a rejection of liberal social values, multiple states would not have legalized recreational marijuana and additional states would not be following suit.

The second step is modernization. The Republic Party must modernize in order to survive. Policy proposals laid out by Jerry Falwell and Ronald Reagan in the 20th century are not viable strategies to reclaiming the White House, procuring new voters, or limiting government in the 21st century. Today many Millennials care about socioeconomic equality, climate change, and immigration—all of which can be remedied with voluntary market solutions and private sector growth. But Republicans must first adopt these issues and make the proper correlation.

The third step is consistency. Professing limited government is not the same as practicing limited government. Limited government means respecting the right of individuals to make their own decisions, whether social or economic. It means not dictating what someone chooses to do in the privacy of their own home (marijuana) or relationship (gay marriage). It means not promoting policies that safeguard certain industries (agricultural subsidies) or discourage competition (limiting immigration), and it certainly doesn’t mean writing Uncle Sam a blank check in the name of domestic and national security (prison and military industrial complexes).

Modernization and social liberalization are both inevitable consequences of a consistently applied “limited” government. What remains to be seen is whether Republicans can parallel rhetoric and action as Millennial influence grows. Even Ronald Reagan, conservatism’s modern standard bearer, increased the size of the federal government. If Republicans don’t adjust now, they will perish later.

Pundits and strategists have long contended longevity requires new ideas, interesting ideas, bold ideas, but the truth is Republicans only need to practice the limited government they preach in order to procure new voters and regain old ones. Modernization will come with consistency. Nobody wants celluloid in a digital world.