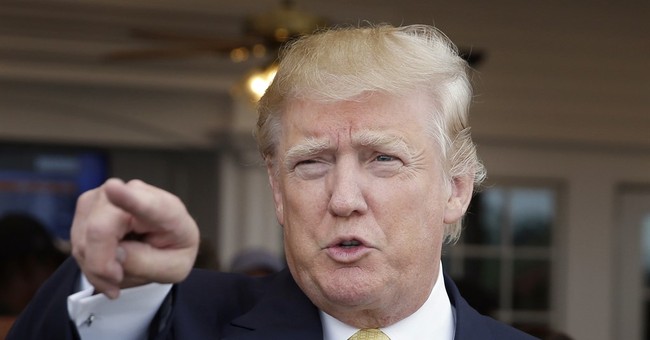 When it comes to public confidence in American institutions, conditions rival those of California’s epic drought. According to a recent Gallup poll, the American public is mired in a now eight-year period of historically low confidence in traditional institutions, including government, banks, religious organizations, and the news media. Only the U.S. military and small businesses enjoy greater public confidence than in decades past. Congress, no stranger to dismal approval ratings, “enjoys” strong confidence from only eight percent of Americans.

Under the tepid leadership of the Obama Administration, the United States appears to bow before strong leaders abroad, from Moscow to Havana to Tehran. Faith in America around the globe ebbs with each new “deadline” given Iranian negotiators in Europe. Every ISIS atrocity is played out repeatedly in social and mainstream media, and heightens fears of a “lone wolf” attack here at home. We indeed are in a time of fear and uncertainty.

Is the time ripe for America’s version of the Third World “strongman”? Will we see the arrival of a “macho” leader, riding in on a white horse with sword drawn, to rally a citizenry frozen in fear and uncertainty? Has this strongman already arrived? Is it Donald Trump?

Since first announcing his intentions to run for president last month, Trump has dominated the headlines with inflammatory rhetoric followed by blustery refusals to apologize. While most pundits believed (hoped?) Trump’s brash behavior would doom him to remain at the bottom of the presidential pile, his poll numbers continue to rise. Last week, CNN reported only he and Jeb Bush held double-digit support among GOP voters.

To Mainstream Media pundits, for whom isolation within the Beltway has dulled any sense of the pulse of the nation outside of Washington’s political aristocracy, Trump’s surge among conservative grassroots makes little sense. To them, the measure of a candidate’s viability is their performance as a “talking head” on Sunday shows; or their willingness to sit for fluff interviews in which no real questions are asked and no real answers given. And, while most candidates would jump at the chance to kiss the rings of the Establishment media, Trump understands the road to the grassroots does not go through D.C.; and in this understanding, Trump plays his hand to perfection.

In other words, Trump is the anti-politician politician; the classic “strongman” but in civilian, rather than military garb.

While candidates like Marco Rubio, Scott Walker, and Chris Christie have struggled to find a voice that resonates beyond their core supporters, Trump is bullying his way to the top using a tone and style reminiscent of the Latin American “strongman” leader. In typical “strongman” style, Trump is employing a dual combination of strength and simplicity -- through his unapologetic style of campaigning and the comfort of policy solutions simple enough to broadly fit people’s preconceived notions of how to fix America’s problems. The combination of the two creates a visage of confidence, which compared to the weak vacillations of the Obama Administration, evokes a powerful emotional reaction to the point where Trump’s patently unserious political posturing is overlooked.

And this is what has the media so confused; they can only focus on the content of his speeches, not what people are taking from them. Trump is gaining ground on his competitors not for what he says -- which clearly is intended more to provoke tempers than stir genuine debate -- but for what his tone and demeanor symbolize. As Willem Dafoe noted in the movie “Boondock Saints,” it is all about “symbology”; and how Trump’s GOP adversaries respond to his symbology matters a great deal.

Rather than egging Trump on with petty insults, or attempting to engage him in a fruitless debate -- both of which serve only to create a media spectacle the Left is more than willing to provoke – GOP candidates might want to take at least a few notes.

Republican voters clearly do not want another candidate who will go to Washington and simply perpetuate the Establishment culture by playing the same games that have left America’s problems to fester at home and abroad. Voters yearn for a candidate whose default position is not to play defense and back away from every challenge -- whether at our own back door regarding illegal immigration from Mexico, the continued expansion of ISIS in the Middle East, or a federal court system usurping power from both the legislative and executive branches of government.

The field is wide open for a Republican candidate who recognizes the value of a bold leadership style, but who couples it with a more serious understanding and presentation of solutions befitting an American President rather than a Latin American Strongman.