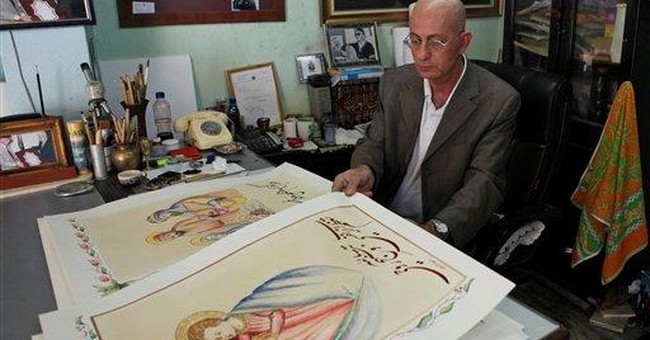 Just as the New York Times was front-paging a supposed upsurge in atheism (God? What God?) came complementary tidings from the Pew Research Center. To wit, it's not church spats over gay marriage or pedophilia that seem to be driving explicit Christians out the door. A complex of concerns causes their switch to another religion or none at all: namely, disgust with perceived churchly hypocrisies, the rejection of teachings perceived as false, failure to meet personal spiritual needs, and so on.

Of the population, Pew says, 44 percent no longer embrace their childhood faiths. Pew says there wasn't necessarily, in these cases, a lot of faith that required dissipating. Ex-Catholics had less faith as children than co-religionists who stayed on. Pew reports, "Former Protestants who are now unaffiliated are less likely to have regularly attended worship services as a child and even less likely to have attended regularly as a teenager."

Parental guidance and example may have been wanting -- as perhaps it was wanting in the parents' own early lives. Or the lives of the parents' parents. Where these things start you never can tell. Somewhere, anyhow. Possibly in a radiated indifference on the part of religion's stewards -- priests, teachers, evangelists? In a studied coolness to the fever and fervor of Gospel Christianity?

The habit of indifference, once contracted, is hard to shake off, except through direct experience or vivid communication of a general experience, from which human factor arise those suspicions of organized religion just mentioned -- twinned with a certain loopiness about ends and means.

The present presiding bishop of the Episcopal Church, Katharine Jefferts Schori, when asked by Time magazine a few years back to specify her focus as head of the church, replied, "Our focus needs to be on feeding people who go to bed hungry, on providing primary education to girls and boys, on healing people with AIDS, on addressing tuberculosis and malaria, on sustainable development." And … and … On God, too? On Jesus? On sin and salvation? Not as the lady allowed. Not a word issued forth from her about those concerns for which the Episcopal Church -- and all other churches -- had supposedly gone into business.

The Peace Corps in ecclesiastical drag is what modern churches often resemble. You want to work for sustainable development? Well, then, off to church we go. It sounds a little silly, because it is silly. The government and a complex of secular organizations already address these concerns, often quite intelligently. The ordering of the human relationship to God is the normal purpose of religion. Of course, as the New York Times' front-page story reminds us, no one is required to believe in God. Whoever wants can form a secular humanist society in order to do whatever secular humanist societies do: chiefly, it seems, rail at religious "stupidities."

The non-beauty, sometimes, of the drift away from church affiliation is that the drifter -- as the Pew study shows -- wants to believe, but receives inadequate encouragement from those supposedly in the business of encouraging. Great numbers of Christian ministers seem to have missed their calling as research scientists, public policy experts, or congressmen.

No age is ever completely religious or completely secular. The present age takes some kind of cake for nearly complete confusion about what we're doing here in the first place. The modern churches' inability -- or unwillingness -- to connect human existence to human ends is undermining the churches themselves: Mrs. Jefferts Schori's (and my) church, for instance.

A committee of the Episcopal Church recently acknowledged that the church lost 10.5 percent of its members between 2003 and 2007, after it threw over traditional scriptural teaching about marriage relationships and consecrated a gay divorced man as bishop of New Hampshire.

Actions have consequences, the churches are finding. Non-actions, too. A Christian body isn't required by statute to soar in spirit at the idea of bringing others "to Christ." What happens when it doesn't soar would seem a topic for volumes of sermons.