What Makes an Economy Run 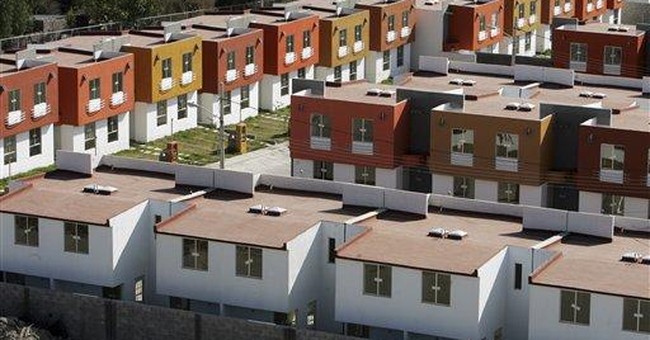 Politicians tend to get serious when the economy turns suddenly and snarls. Well, semi-serious -- which isn't bad for people whose livelihood depends on saying things intended mostly to leave an impression.

Let's hope for the best, therefore (while preparing for a measure of disappointment), as the Washington establishment tackles Recession, as in, How-do-we-prevent-one?

The presidential campaign has given the American people a whole lot of economic hot air, evasion and plain old fakery, all of which the various candidates could get away with as long as the banks and the stock market seemed to be bearing up. With the market slumping badly and no one certain that recession can't happen, kick-the-capitalists needs to stop.

That's to say, enough of Mike Huckabee's blarney about "the people who do serve the food, the folks who drive the trucks," as contrasted with "the folks at the top." Enough of John Edwards's promises to "fight" the vested interests, and of Hillary Clinton's rallying cries about "inequality" and a stalled middle class. And of potshots galore from Democrats, their artillery trained on "Big Pharma" and "tax cuts for the wealthy."

One could call this stuff good times rhetoric: things to be said for the sake of moving and motivating voters more -- much more -- than for any other sake. Nor is all such stuff beyond the pale in the good times, given the need never to concede perfection to any human method or contrivance.

When, nevertheless, you get down to designing a stimulus program of the sort that both the White House and Capitol Hill have in mind, it's time to can the demagoguery and get real about what makes an economy run.

Redistribution of income doesn't make an economy run. What does that is the interplay of opportunity and incentive, as latched onto in an environment that seems to assure something like success and -- yes -- profit the bugaboo of the populists. (Except when populists like Edwards are billing their clients for mega-victories in court,)

Tax increases don't make an economy run. Taxes levied beyond any need to pay for particular functions of government diminish investment and the job creation that investment brings.

Generally casting aspersions on economic accumulation doesn't make an economy run. It does make capitalists wary of committing themselves too deeply to endeavors on which government might clamp down.

Threatening to "fight" companies that are breaking no laws -- the pharmaceutical companies have become unlikely if popular villains -- doesn't make an economy run. It invents no products, produces no products, hires no workers, pays no taxes.

Any market-rescue scheme that Congress and the President entertain in upcoming days -- not weeks, one hopes -- will represent compromise. What one hopes -- well, doesn't one? -- is that measures focused on jump-starting investment and job-creation suffer less from compromise than do single-shot measures, like rebates, to people who don't pay taxes in the first place. Rebates we know there will be because major politics is going on here, and that keeps us from avoiding or watering-down measures that make the maximum number of people happy. Maybe even do a little good. A little.

If, for all that, the presidential candidates and their enablers -- in both parties -- out of fear, reluctance, disbelief, whatever, don't bias their policy toward freer, more efficient capitalism, not a lot may come of such policy as gets enacted.

One assumes a preacher to be biased in favor of God, an emcee to support whatever confection the sponsors are paying him to push. Wouldn't it be jolly if we could assume the men and women who run our politics now, or hope to run it in the next few years, were biased in favor of the free marketplace, whose favors again and again have made life easier in America than elsewhere?

Lower taxes, less regulation, more economic rewards for performance -- you might kind of think such a line-up likelier to work than higher taxes, tougher regulation, more denunciations of earners. But you know politics. We'll have to see.