Florida’s Not Blue Yet

Bill Bunkley
|
Posted: Aug 26, 2016 10:41 AM
Share   Tweet
The opinions expressed by columnists are their own and do not necessarily represent the views of Townhall.com. 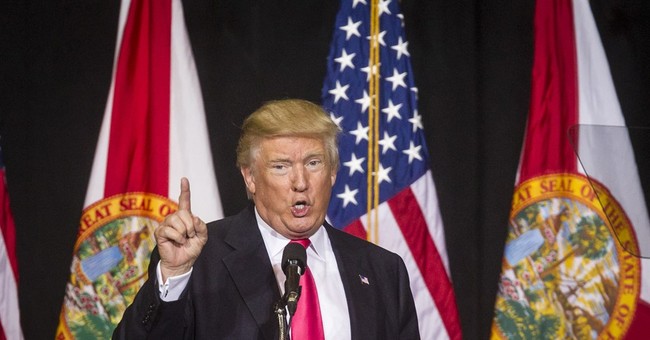 The 2016 Presidential race is about to turn into the final stretch run, and the Sunshine State is again going to be a major player in the final outcome. As a born and raised Floridian here in Tampa, I will explore some important nuisances I believe will determine the Florida vote.

First, there is little motivation to put too much stock in any polling from here before the Labor Day break. Until we start receiving post-Labor Day numbers based on likely voters and not just registered voters, the picture is too broad to base any concrete conclusions.

Since the Democratic Convention bounce of Hillary Clinton, she has received the most accolades for leading the Florida polls.  That has prompted some in the mainstream media to spin that Florida is headed to Blue territory.

The latest reliable poll, albeit in a broader sense, indicates that Team Trump is tightening the race in Florida. The Florida Atlantic University poll conducted Aug. 19-22 has Trump at 43, Clinton at 41, Libertarian Candidate Gary Johnson at 8, undecideds at 5. I wouldn’t be surprised to see a consensus of polls pointing to a Florida dead heat shortly after Labor Day.

A lot of what happens going forward depends on what I call the Trump 72 hour rule. The Donald had a good trip last Wednesday to our Florida State Fair Grounds here in Tampa. He remained on message without any personal insults to persons other that Hillary, and connected well with a very good sized midday, midweek crowd undaunted by rain and thunderstorms. His positive performance points to the influence Kellyanne Conway seems to be having at this point.

But we all know that Donald Trump has had only rare moments of verbal restraint, only to erupt with a vintage “one liner” within 72 hours of being good. When we finally see Mr. Trump going far beyond 72 hours between off scripted insults (and dare I say permanently leaving those insults behind), Floridians have time to respond favorably to his overtures. On the other hand, if unforced verbal errors continue to plague him, it will cost him dearly here.

There are a few dynamics to keep an eye on in Florida as this election campaign plays out. The I-4 corridor will again be the area to watch going forward, but for different reasons from the two previous Presidential contests.

The recent economic upheaval in Puerto Rico has many residents fleeing the island. Scores of newly arriving Puerto Rican’s are reuniting with relatives from Orlando west to Tampa. These growing numbers are significant indeed. They’re arriving here socially conservative with close family ties. But they also are arriving with limited resources, welcoming the government assistant programs available to help them to get reestablished. The Democratic ground game, still intact from President Obama’s campaign, is connecting and organizing the new arrivals, so I give the Democrats an advantage here.

Both the active and retired military residents of our state are groups to watch. We are home to three of America’s major commands: Central Command and Special Operations Command here in Tampa, Southern Command in South Florida. Numerous military installations are located throughout the state.

A little known secret is that many veterans have not been registered to vote for years. We’ve witnessed registration among the retired military ranks up significantly due to Donald Trump’s appeal. I look for the current frustration with the current Commander in Chief among the active and retired military to give Trump a big boost here.

Florida is a state where Trump will mitigate his nationwide low numbers among Hispanics. A large, conservative, Republican registered Cuban population will offset other more liberal Hispanics here, giving Team Trump some breathing room in this space not found elsewhere.

The Florida Medical Marijuana Legalization Initiative, also known as Amendment 2, will be on the November 8 ballot. With the pro-marijuana Gary Johnson on the ballot, the Democrats may not get the boost they might normally expect. A recent poll among likely voters indicates a 68 percent likelihood of the amendment’s passage. With all the media “noise” that will be generated by the Presidential contenders, less attention will be paid to solely to Amendment 2, so I don’t foresee it to be a big draw of “additional” to voters.

Last but certainly not least let’s look at the evangelical vote in Florida.  The last two presidential contests recorded a large portion of men and women of faith sitting it out. Senator John McCain did nothing to motivate them and Mitt Romney dropped the ball in reaching out to them, which bolstered their mistrust in his Mormon roots.

Donald Trump’s heavy background in casino development and operation is quite a mountain to climb for this group lead by their Christian principles and values. Add to that Trump’s multiple divorces and long ago provocative modeling pictures of Mrs. Trump and one hears the ensuing negative rumblings. And all of this is in addition to dealing with Trump’s rough and rude public persona. Donald’s character and integrity issues as witnessed from a Christian worldview will be tough for many to overcome.

For others, understanding what it means For Hillary to pick the next several U. S. Supreme Court justices will mean a probable end to the First Amendment’s religious freedom protections as they now know them. That issue and that issue alone will be the sole motivating factor determining the turnout numbers among Florida evangelicals. And the jury is still out on that question.

Florida will be a very interesting political laboratory to watch in the coming days. It will be a good reflection of the rest of the country given our conservative panhandle to the north, the liberal Miami-Dade and Broward counties to the south, and the all too unpredictable I-4 corridor in the middle.

I think it’s going to be a close race here in Florida. It’s certainly too close to call Florida as a Blue State.