‘Right to Repair’ Does Not Mean the Right to Intellectual Property

Bethany Patterson
|
Posted: Nov 12, 2019 2:30 PM
Share   Tweet
The opinions expressed by columnists are their own and do not necessarily represent the views of Townhall.com. 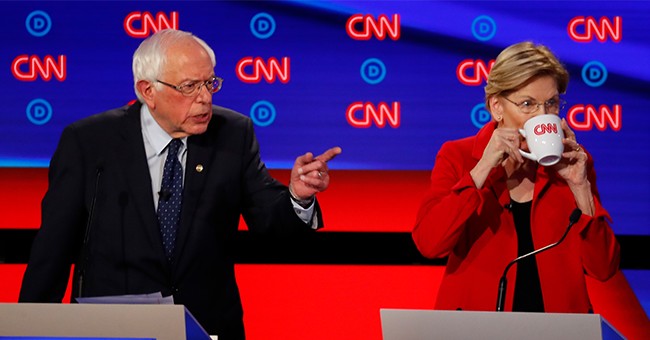 Throughout the history of the United States, companies have protected their trade secrets. Coca-Cola famously keeps its recipe in a vault. Kentucky Fried Chicken won’t divulge its special herb and spice mixture. And Google won’t share exactly how its search process works.

These elements are protected because they are economically valuable to the companies. If Coca-Cola’s recipe was common knowledge, it wouldn’t be able to compete anymore, plus the knock-off brands could tarnish its reputation.

So, if the government does not mandate that Coca-Cola give away its secret formula, why do some think it is acceptable to force other companies to divulge their critical proprietary information?

While these proposals may seem well-intentioned, they threaten companies’ intellectual property rights, ultimately leading to negative consequences for both consumers and the economy.

The conversation around the “right to repair” has been twisted by activists and interest groups. Farmers have the right to repair their own equipment. In fact, the Association of Equipment Manufacturers and the Equipment Dealers Association have committed to provide manuals, service training, tools and more to help owners repair their machinery. What proponents of this legislation are actually after is the embedded code that run today’s combines and tractors.

Just as Coca-Cola has the right to protect its secret formula, equipment manufacturers should not have to provide access to proprietary software or code. They also should not be compelled to allow individuals to reprogram engine controls or reset immobilizer systems or other security-related elements — and for good reason.

The equipment is incredibly sophisticated and powerful; changing any important components on this machinery could risk users’ lives. Besides, tampering with engine controls is illegal under the Clean Air Act.

But also, revealing a company’s intellectual property would open a huge can of worms. It would remove any incentive to innovate. Why would a manufacturer create a new product if it then had to provide its proprietary information to the world? This information would almost certainly be accessed by other companies and potentially abused by hackers or counterfeiters.

If manufacturers expect their intellectual property to be exploited, investments in new developments would likely decrease, stalling the advancement of modernized agriculture. Considering that next generation precision agriculture is estimated to result in $47 billion in national economic benefits annually, this would dramatically harm the productivity of American farmers and ranchers.

The protection of intellectual property has other serious implications for our economy. The Commission on the Theft of American Intellectual Property found in 2017 that the annual cost to the U.S. economy in counterfeits, pirated software and the theft of trade secrets ranged between $225-$600 billion. At the higher end of that range, that figure is comparable to the GDP of Switzerland, the twentieth largest economy in the world.

Farmers are able to diagnose and repair their equipment, and companies are willing to provide the necessary information for them to do so. But they should not need access to manufacturers’ valuable intellectual property.

If companies had to share all of their intellectual property, we would not have the innovative economy we value today. Our lawmakers should work hard to protect this vital asset to the American economy, not create laws that would irresponsibly jeopardize it.