Is It Time To Crack Down On Media Personalities That Get Paid "Too Much?" 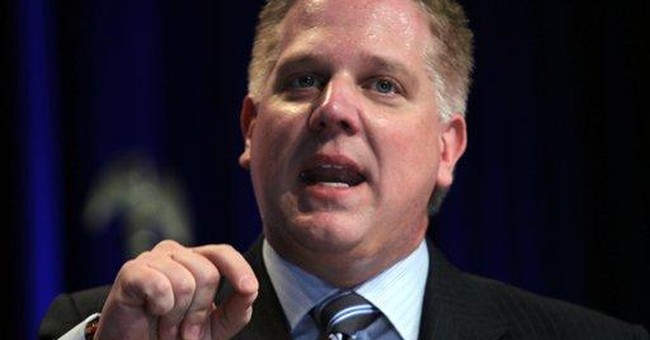 Should our government regulate the earnings of talk show hosts? Would limiting the annual incomes of media personalities set our nation on a pathway to peace, and prosperity, and “fairness?”

Those may seem like strange questions, and I’ll explain why I ask in a moment. They have everything to do with the disgust I’ve felt, as I’ve watched how certain high-profile media personalities have been assigned varying degrees of “blame” for the horrific murders in Tucson, Arizona.

The worst part of this, for me, is that each time somebody assigns culpability for the murders to Rush Limbaugh, or Glenn Beck, they’re taking some of the culpability away from the murder suspect Jared Loughner and excusing his behavior. By implication, these “blamers” are kind of saying “murder is terrible, but it’s understandable why Loughner would kill six people given how (fill-in-the-blank) has behaved on his show…”

The excusing of murder is horrible. But so are the attacks on talk media. And I’ve had a bit of a “front row seat” to both of these phenomena, ever since last weekend.

I host two separate, localized versions of “The Austin Hill Show” each weekday on two separate Glenn Beck affiliate radio stations (a morning version of my show at Fresno, CA’s KMJ-FM, and an afternoon version at Boise, ID’s KIDO-AM). I also frequently host for 630 WMAL, Rush Limbaugh’s Washington, DC home, and I was scheduled to host a Saturday afternoon show at WMAL the day the shootings occurred (which meant that my “talk show” quickly morphed into “wall-to-wall crisis coverage”). This is to say that for six of the past eight days I’ve been talking quite a bit about the victims, the suspect, and the ways that people have sought to entangle Beck and Rush in it all.

Much of this finger-pointing has been based on an assumption that, somehow, the dominant forces of talk media participate in a so-called “culture of hate.” But one of the recurrent themes amid the bashing of Rush and Beck is that they “make a lot of money” doing what they do. This suggests to me that those who try to silence Beck and Rush are themselves motivated in no small part by a “culture of envy” – why else would they lament that these guys are financially successful?

To illustrate my point, consider Pima County, Arizona Sheriff Clarence Dupnik, the local law enforcement officer overseeing the investigations of six murders on his turf. The Sheriff’s allegations about the “vitriol” and the “stirring people up, night and day” and the “inflammatory rhetoric” from talk media have been well documented, along with his claim that Rush Limbaugh, in particular, has been especially “irresponsible.” But what has gone largely unnoticed is that Sheriff Dupnik has also expressed dismay over the fact that talk media personalities “make a living” - and in some cases “a lot of money” -doing what they do. It’s as though “making a lot of money” makes the alleged “sins” of Beck and Rush somehow worse.

These attacks on financial success haven’t been limited to the Sheriff-turned-political-pundit. Callers to my own talk shows have at times lamented that “Beck is only in it for the money” and “he’ll say anything to make a buck.” And a WMAL listener emailed me the day of the shootings to tell me that “you and Rush both have blood on your hands” and “you guys will do anything to feed your greed..” (Note to the emailer: I am not in the same “tax bracket” as Rush).

The “making a lot of money” concerns may be secondary to the “I don’t like what they’re saying” concerns, but the fuss over talk media hosts being financially successful is nonetheless real. And I wonder- would anybody’s life be made better, if our government limited the earnings of media personalities?

Of course, I was asking much the same question during the last presidential election cycle. Many of the candidates running at that time, Barack Obama included, were telling us “elect me, and I’ll crack down on the rich people,” and I was asking “how is that supposed to be helpful?” In one striking speech during the summer of 2008, then-Senator Obama ginned-up his own brand of “vitriol” over the success of the American oil industry, stating “…You’ve got oil companies making record profits… no companies in history have made the kind of profits the oil companies are makin’ right now…one company, Exxon Mobil, made eleven billion dollars…billion, with a ‘b’ ….last quarter….they made eleven billion dollars the quarter before that…makin’ money hand-over-fist…makin’ out like bandits…”

Now, after two years of “culture of envy” politics that have placed additional taxes and regulations on both individuals and businesses, we’re seeing the results of such public policy – investors unwilling to take risks with capital, companies unwilling to hire, and so forth. There’s no incentive to produce new opportunities, if greedy politicians are threatening to take away your spoils.

In a similar fashion, a government “crackdown” on the earnings of media personalities will only serve to hurt everyone. Such ideas may placate people’s envy in the short run, but long term they leave all of us a little less free.