President Obama And The Era Of Elite Governance 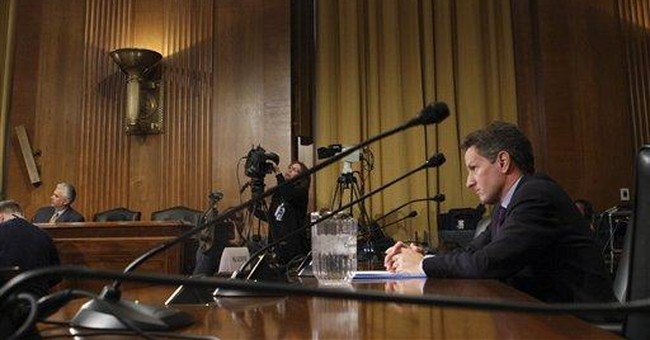 It seems like a classic “do as I say, not as I do” scenario.

Last August, when Republican presidential nominee John McCain couldn’t answer a reporter when asked how many houses he owned (“I’m not sure, I’ll have to check with my staff” was McCain’s response), candidate Obama and his fellow Democrats were quick to seize the moment.

Portraying McCain‘s foible as evidence that his lifestyle was “out of touch“ with “everyday Americans,” Obama said before an audience in Virginia:

“….Now think about that….There’s just a fundamental gap of understanding between John McCain’s world, and what people are going through every single day here in America. You don’t have to be a Nobel Prize-laureate economist, you just have to have a little bit of a sense of what ordinary people are going through to understand that we can’t afford eight more years or four more years or one more year of the failed economic policies that George Bush has put in place.”

That was last August. Today, Barack Obama is our President. He has pledged to be the President that helps “everyday Americans.” And he has pledged that his administration will be the most “open” and “transparent” in the history of the U.S. Presidency.

And President Obama’s choice for a top cabinet position (to oversee the Department of the Treasury, no less), Timothy Geithner, has been discovered to have “forgotten” to pay $34,000 in personal taxes, and to have “mistakenly” employed a personal housekeeper in his home who had not filed the appropriate immigration paperwork.

Can you “relate” to Tim? Is this what it means to be “in touch” with “everyday Americans?” As Senator Jon Kyl said during the confirmation hearings last week, the notion that Geithner was unaware of his outstanding tax bill is “implausible.”

My point here is not to belittle or malign Timothy Geithner. He appears to be an extremely well educated, talented, and accomplished man. And for those of us who were unnerved by President Obama’s campaign of Kenyan-styled, redistributionist, “spread the wealth around” politics, a Geithner appointment at the Department of the Treasury (as well as the presence of some other members of Obama’s economic team) suggests that the new administration can attain at least some semblance of a rational monetary policy.

But here is what appears to be unfolding in the era of President Obama: America is rapidly devolving into a new age of elite governance, where “the rulers” operate on one playing field, and the rest of us - - “the ruled” - - operate on a separate, more lowly, more enslaved playing field.

Think about it. The world of “the rulers“ is one where personal wealth, governmental power, and exclusive insider relationships, are all “leveraged” and intermingled so as to beget more personal wealth, power, and opportunity for the rulers. Both Democrats and Republicans play on this field, although Democrats are usually more inclined to wield power in such a way as to constrain the outsiders.

For those of us who aren’t in the exclusive Washington club - - “the ruled” - - it is understood that we cannot find our way in the world without the help and meddling of the rulers. And, of course, we must at all times be held to the letter of the law (especially tax law).

The belief is that, left to our own devices, we will necessarily fail to develop a career and find gainful employment, fail to care for our neighbors, drive the wrong kinds of cars and overheat the planet, and fail to properly educate our offspring. Should any of us defy the odds and actually make a life for ourselves without all the insider advantages of being among the Washington elite, it is incumbent upon us to willingly do “the Patriotic thing,” as Vice President Biden described last Fall, and submit to having the government take away ever-increasing portions of our wealth. After all, “the rulers” know how to manage all that wealth better than we do ourselves.

This elitist mindset of “the rulers” was painfully apparent during the short and not-so-happy Senate “bid” of presidential daughter Caroline Schlossberg. While it is unclear whether or not she ever really wanted to be a Senator in the first place, she did nonetheless lower herself once, and submit to a sit-down discussion with reporters in December. During the rambling and rather inarticulate chat, Schlossberg assured reporters of all the things she intended to “give” New Yorkers - - more education, more healthcare, more jobs - - all things that are funded with our tax dollars. Yet, three weeks later, Ms. Schlossberg withdrew her availability for the Senate appointment, in part because she was discovered to have unpaid back taxes.

Currently, there seems to be no limit to America’s appetite for elitist governance. Yet millions of us still dare to think differently. We may not aspire to be one of “the rulers,” and we are a cultural minority group right now, yet we will not be “ruled” as President Obama and the Congress believe we should.

Stay tuned - - a backlash is already in the making.