Is It Time To Elect A President Who Appreciates Communism? 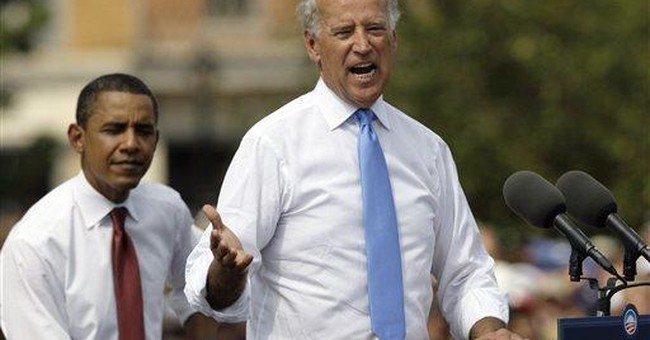 In past presidential elections, it might have been a deal-killer. But in 2008, it apparently makes for endearing campaign rhetoric.

Candidate Barack Obama has put himself “on record” praising the communist government of China, suggesting that the United States should aspire to do as the communists do, and “invest” in our “infrastructure,” the way the Chinese government has done in Beijing.

While at a campaign stop in Chester, Virginia, in a moment of off-the-cuff spontaneity, Obama stated “everybody's watching what's going on in Beijing right now and the Olympics. Think about the amount of money that China has spent on infrastructure. Their ports, their train systems, their airports are all vastly superior to us now, which means if you're a corporation deciding where to do business, you're starting to think, Beijing looks like a pretty good option.”

President Lyndon Johnson couldn’t have praised communists even if had wanted to (he was prosecuting a war against communist encroachment in Viet Nam). And despite his staunch opposition to the Viet Nam war, presidential candidate George McGovern could not have politically afforded to commend the “superior” nature of communist countries. Similarly, Democratic presidential candidates Jimmy Carter, Walter Mondale, Michael Dukakis, Bill Clinton, Al Gore, and John Kerry, likely would have severely damaged their respective campaigns had they offered the verbal equivalent of a fist bump and a “high five” to a communist government, the way Obama did with China.

But that was “back then.” Now, in the year 2008, this kind of complimentary rhetoric about communists seems to be part of what has taken Obama from political obscurity, to front-runner status. This suggests that America’s collective attitude towards communism has gravitated from opposition to ambivalence, and perhaps has even edged into the category of acceptance.

And the analysis doesn’t begin and end with Obama’s brief comments about China. Throughout his entire campaign, Obama has packaged inherently communistic economic ideas in contemporary, visceral, and at times inflammatory paradigms. Think that’s too harsh? Think again. And also consider the communism that is a part of Obama’s family lineage.

Barack Hussein Obama Sr., Senator Obama’s father, was a bureaucrat in the communist government of Kenya back in the 1960’s. And while Kenya’s government was embarking upon a pro-Western revolution and an embrace of free-market economic reforms, Obama staunchly opposed the changes, and sought to push Kenya in a more solidly communist direction.

According to research done at Investor’s Business Daily, Obama Sr. wrote in 1965 to Kenya’s then-President Jomo Kenyatta, advising against relying on private investors, who inevitably earn “dividends,” to help sustain the country’s troubled economy. Instead, he proposed higher taxes on the wealthy, and a redistribution of that money, for the collective good of the nation.

“Theoretically, there is nothing that can stop the government from taxing 100% of income,” Mr. Obama wrote, “so long as the people get benefits from the government commensurate with their income which is taxed.” In the view of Barack Hussein Obama Sr., the right of the individual person to work, earn, and invest, meant nothing. All that mattered was the “collective good” of the nation. And if stealing some people’s hard-earned wealth could help benefit “everyone,” then so be it.

That was the communist father. Today, the Democrat son is proposing massive tax increases, and new social programs to be funded at the expense of businesses. His proposed increases in marginal income taxes, social security and Medicare taxes, would leave upper-income entrepreneurs paying well over 50% of their income to the U.S. federal government - - and that is without contemplating state income taxes.

Senator Obama’s most often noted public enemies are not terrorists, or nations that would do us harm, but American businesses and American business people. As such, he frequently references American oil companies, insurances companies, automobile companies and healthcare companies as being the sources of our nation’s great injustices. He has pledged to fix these companies when he becomes President, and has also vowed to lower the salaries of corporate executives.

There is clearly a connection between Senator Obama’s stated ideals, and the ideals of communism, and the startling similarities between the father and son illustrate this. In both cases, the right of the individual person to achieve, to be successful, to save and to invest is inconsequential. What matters is the collective good of all, and it is okay to penalize the most successful individuals and take away their belongings, so long as everyone else benefits.

And the Obama message, steeped in communist ideals, is resonating. Has America decided that communism isn’t so bad, after all?