Austin Bay
|
Posted: Dec 23, 2020 12:01 AM
Share   Tweet
The opinions expressed by columnists are their own and do not necessarily represent the views of Townhall.com. 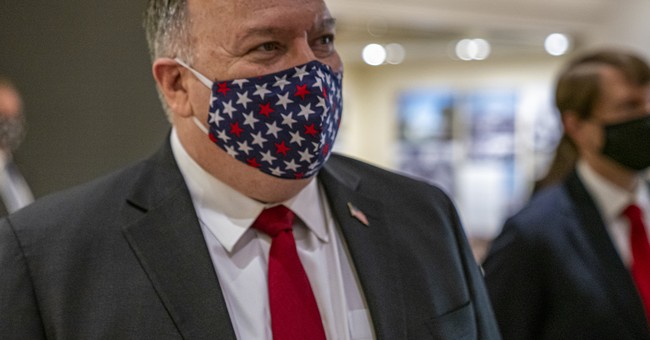 Blame the level of perception, of easy aggregation, for missing this truth. I'll illustrate with an anecdote. Six years ago, an obstreperous type saw me at a private reception. From across the room, he bellowed: "Austin Bay! Is there any hope for Africa?"

My reply to the bellower -- and the 15 or 20 so others present, who were surprised by the bellowing and puzzled by the question: "Which Africa? There are 6,000 Africas. Some Africas are doing quite well."

The bellower blinked -- an encouraging response. By George, he got it.

The 6,000 figure was meant to indicate I thought he had framed his question rater poorly. I could have replied 30,000 Africas and, given airtime and footnotes, defended the figure. Understand I could say the same thing about the Americas, Europe and Asia. Antarctica is an exception, maybe. Australia isn't.

If "propaganda" sounds too fancy a term for some neighborhoods, substitute "malign gossip concocted to manipulate people using shock, fright and anger." Whether delivered vocally or digitally, the abusive purveyors utilize the tactic of falsehood.

To the bellower's credit, he approached me as I was leaving. He had recently read an article about central African instability and recalled reading a column I had written about the Democratic Republic of Congo's anarchic eastern provinces. He regretted shouting. But the rampant violence appalled him.

I assured him it appalled me as well, but how we feel has zilch effect on the horror.

We didn't discuss formulating, much less executing policies -- fancy terms for trying to do something to protect lives. In retrospect, I should have asked him whether he supported funding the police in Austin, Texas. Since the 2020 city council supports defunding, let's revise his bellow. "Austin, Texas! Is there any hope?"

The term "failed state" had its day in D.C. Beltway discourse. It translated -- roughly -- as a region that could not or did not protect humans living within its political boundaries. On the ground, it meant scores, if not hundreds, of neighborhoods convulsed by violence.

This is why the U.S. State Department's new document "U.S. Strategy to Prevent Conflict and Promote Stability" is worth reading and implementing.

Fragility frames the problem as a dynamic where small changes -- neighborhood by neighborhood -- can ultimately produce systemic improvement.

Here's the American interest: "Fragility can enable authoritarianism, external exploitation, and increase the influence of the United States' competitors in both physical and digital realms. Weak states are much more susceptible to Russian and Chinese coercion."

The new strategy "seeks to break the costly cycle of fragility and promote peaceful, self-reliant nations that become U.S. economic and security partners. The United States will pursue a new approach that addresses the political drivers of fragility and supports locally driven solutions."

Amen. The core problems are local.

Another encouraging goal: A host country's political will, "respect for democracy and human rights, defined cost-sharing, and mechanisms that promote mutual accountability" will determine the degree of America engagement.

Secretary of State Mike Pompeo is a comprehensive thinker. For that reason alone, superficial media will ignore the new strategy. So download the department's PDF and read it for yourself.