Austin Bay
|
Posted: Jul 24, 2019 12:01 AM
Share   Tweet
The opinions expressed by columnists are their own and do not necessarily represent the views of Townhall.com. 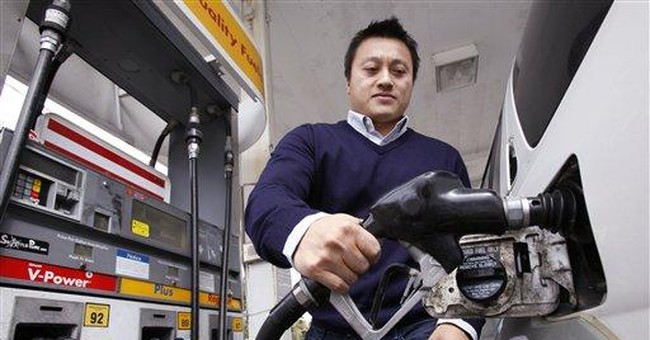 Iran's corrupt religious dictators continue to talk, taunt and act as if their periodic attacks on oil tankers and cyclic threats to close the Strait of Hormuz to commercial and naval vessels still have the power to spike global oil prices, depress stock markets and economically throttle the industrialized nations the ayatollahs despise.

But geo-strategically, 2019 isn't 1973, 1990 or even 2014, when oil exporter Russia invaded Ukraine and threatened to restrict natural gas sales to the Kremlin's European critics.

In October 1973, Arab exporters imposed an oil embargo on nations that supported Israel in the Yom Kippur War. Oil shot from $3 a barrel to $12. With this "oil weapon" strategy, a militarily weak cartel might beggar the wealthiest economies.

OPEC had factions. Responsible exporters realized if they wanted to survive economically, they needed to sell to importers, not destroy them. Arab states from Kuwait to Oman felt threatened by the Soviet Union and later by the Ayatollah Khomeini's Islamic Revolutionary Iran. They sought defense relationships with their Western European and American customers.

However, in the last decade, American oil drillers and geologists have recast global geopolitics. They developed hi-tech "fracking." Fracking is energy business slang for fracturing "tight" hyrdocarbon-rich formations (shale, for example) in order to extract natural gas and crude oil that is otherwise trapped in the rock.

Thanks to fracking, the U.S. is now the world's largest hydrocarbon (oil and gas) energy producer.

Fracking hasn't quite fractured the ayatollah regime, but combined with economic sanctions imposed by the U.S., American fracking has helped sap and impoverish the dictatorship.

On June 10, benchmark crude oil sold for about $53.25 a barrel. On June 20 in the Strait of Hormuz, an Iranian missile downed a U.S. drone aircraft -- an act of war if the plane was in international air space but a classic Iranian chokepoint threat tactic. Over the next few days, prices rose from $56.60 to $59 as President Donald Trump ordered a strike on Iranian Republican Guard Corps missile sites. When told U.S. reprisals might kill 150 people, Trump scrubbed the missions. Trump said 150 human dead was not a proportionate response to a downed unmanned aerial vehicle. His decision had biblical resonance. Blood for blood when Iran kills Americans. Otherwise, drone for drone. And on July 19, the U.S. downed an Iranian UAV.

Tankers passing through Hormuz now carry about 20 percent of the world's daily supply. The chokepoint attacks do violate freedom of navigation and constitute a threat to the safety of maritime trade. That said, the markets say Iran is too weak to close the strait and too marginal a producer to move prices.

Yet the regime continues to sponsor terrorism and seek nuclear weapons. Why, a nuke dropped on Saudi Arabia might give Iran's oil weapon a new edge.