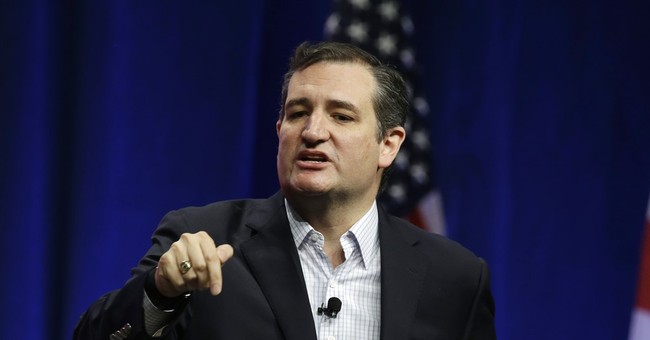 For Election 2016, I set deliberate metrics in my mind for supporting Republican Presidential candidates. I wanted to avoid the personal mistakes of Election 2012, whose weak field resulted in a weak frontrunner. I struggled to get behind that candidate, whom I had disparaged as DOA for months. I resolved never to disparage or denigrate candidates so that I could vote for them should my first pick fail..

This year, the bench of contenders is engaging, encouraging, and refreshing. From the outset, I had outlined Scott Walker, then Bobby Jindal for my Top Two: consummate conservative executives who turned their states around, cut the spending, and enacted far-reaching reforms. Tested leadership experience is essential. Commanding a state and protecting citizens commands more respect than directing office staff in the US Senate building.

Then Walker walked away. Bad consulting doomed his bid, sources suggested, with excessive spending in multi-state operations. I was holding out for Jindal, who worked the Iowa precincts, and stunned the media and main street with bold pronouncements. Jindal never lost his jingle, but the diminished jangle of campaign donations also forced him to quit. Let’s face it: unless a governor gets national headlines on a constant basis, and contends with talking heads in national media markets, he will struggle to gain traction.

So, who occupies Schaper’s second string of Presidential contenders? Mind you, second tier does not means second rate. It’s all about the conservative who is the most electable, and there are a lot of electable conservatives in the GOP field. The next three for me: Ted Cruz, Rand Paul, then Carly Fiorina.

As of today, I choose Ted Cruz. In a way, Jindal made it easier for me. He was lagging in money and polling, so his electability was non-existent. I was prepared to jump ship. The next day, Jindal dropped out. Besides, I have had a strong affinity for Cruz for a long time.

Granted, I detailed his drawbacks compared to Walker:

Brilliant and bombastic, his political theatrics have not proved as effective as Tea Party fellow Paul, but he can debate to silent defeat the most ardent of liberals. However, he lacks Walker’s savvy to unity distinct interests within the Republican Party. Presidential candidates must transition from firing up the base to winning over quizzical independents and intrigue disaffected Democrats. Walker worked with colleagues, increased their numbers and influence in Madison. Cruz as political celebrity is magnetic, but does not draw otherwise differing political forces. He remains one of the most hated members of the US Senate.

At this point, I want a leader, not a compromiser. If he doesn’t wheel and deal with other US Senators, all the better. Is Cruz incapable of uniting distinct GOP factions? Cruz’ debate performances changed my perception. Democrats watching the CNBC firing squad agreed with Cruz, that the questions were biased, arbitrary, and unfair, and they tweeted their support on The View! I do not agree with the jittery naysayers, who claim that Cruz is too conservative, and cannot win a general election. They said the same thing about Ronald Reagan, and Cruz is better than Barry Goldwater. Besides, the 1964 champion of liberty was running against a Vice President who replaced a popular (conservative) president savagely assassinated. No one in the country was going to switch gears after such tragedy.

Cruz is more experienced than most primary partisans realize, too. A former clerk for Chief Justice William Rehnquist, a George W; Bush consultant, and a successful Texas Solicitor General, Cruz won his Senate seat as the outsider against an Establishment pick in a year when Obama’s ground game snuffed out otherwise worthy Republicans across the country. He even stomped on a Democratic challenger with similar legal credentials, all while picking up 40% of the Hispanic vote. A team player with broader vision than one race, he discussed the growing need for Republican outreach to Hispanic communities before his election win.

Four years later, US Senator Cruz has shocked the Washington Establishment , as well as the New York money markets and Los Angeles media machines. He talked for twenty-two hours against the funding of Obamacare. I watched it, I loved it, and I wish that it never ended. He has bested the Wall Street-DC phalanx begging for easy bailouts, crony influence, and corporate welfare. Big Government hits a brick wall with Cruz, a supporter of individual liberty, limited government, and constitutional rule. No other candidate has his profile published on free copies of the United States Constitution, a testimony to Cruz’ commitment to the rule of law in our political culture.

Further to his credit as a leader, Cruz announced his Presidential bid first, and has stayed strong ever since. With the endorsements of Congressman Steve King of Iowa and my favorite rep Dana Rohrabacher of California, the rising conservative maverick is winning the ground game and top tier support. He can out-debate his colleagues, but has stopped hecklers in their tracks. He shut down a Hollywood mouthpiece Ellen Page at an Iowa state fair. His masterful debate (hardly an interview) with Jorge Ramos inspired so many.

In California, moderates and conservatives, former state party chairmen and local county leaders are lining up with Cruz. He has a well-spring of support much wider than the press would care for anyone to believe. His numbers are rising in Iowa, South Carolina, and he is one of the top four in Public Policy Polling. Cruz is developing campaign organizations in otherwise unthinkable locales like Massachusetts, a smooth operator planning for the long haul, taking in support along the way, spending his money wisely for the win. US News and World Report claimed that a Cruz candidacy would be a boon for the Democrats (not likely), and National Review’s Henry Olsen thinks Cruz won’t win, conservatives leery of Donald Trump’s bombast and Carson’s shaky foreign policy credentials are eying the junior US Senator from Texas, and like what they see.

For today, I choose Ted Cruz for President.