The Next Teflon Man? 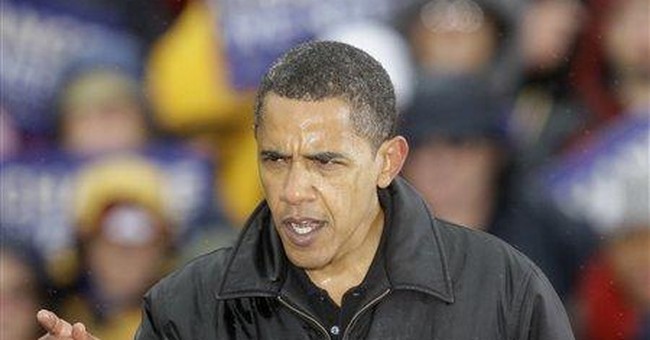 John McCain must be one of the most frustrated men on earth these days. In a little more than a week, the country will head to the ballot box and decide who will be its next president. Yet Republicans can’t seem to close this stubborn 5-7 point gap in the polls, let alone in key battleground states. In previous election cycles, Republicans slept a bit easier. Democrats would open into double digit leads through the late summer months, only to see them close to low single digits and even within the margins of error during the final autumn days of October. But the foot-race Senator McCain was banking on hasn’t materialized. Why?

It’s tempting to blame the media. After all, collecting and reporting the news has become an industry in itself. Let’s not forget that. Publishers are in the news business because it yields a profit, and tend to chase stories (and people) who are the most scintillating and provocative. It sells papers, and that grows the bottom line. That’s why Barrack Obama is on the covers of Time, Newsweek and even GQ and Vogue lately. He’s rapidly becoming a cultural icon, and crosses the political bounds that typically confine a pol. And while he may only wear $40 ties from Macy’s, the folks off 5th Avenue know they sell more magazines when he graces their pages.

The disillusioned conservative would say it’s the man himself. No, not THEIR guy, but our guy – John McCain. After all the political enemies he’s made through his tenure in Washington, they postulate, is it any wonder the man even has a dog left as a friend? And while Obama outspends his opponent nearly 4-to-1 these last few weeks, several conservative millionaires who typically bank-roll “Swift-boat” style ads around this time have apparently thrown in the towel. That’s short-sighted on their part, because it hurts all the strong Republican candidates down-ticket who probably deserve to be in the seats they may lose if McCain goes down in flames on Election Day.

For me, Senator McCain lost his mojo when he bungled his response to the economic crisis. When the issue first exploded, I applauded his selfless decision to suspend his campaign and return to Washington to broker a deal. Yet that’s where the savvy moves ended. Senator McCain should have died on that hill – meaning he should have followed through on his doubts that the measure was good for the country and voted against it, decrying the common sense that was unmistakably left behind. I’m not saying he should have tried to score political points with the move, but in hindsight, did the bailout really do all it promised to do? After all, the credit markets were the ones hemorrhaging, not the equity markets. As I write this column, the Dow is bobbing like a child’s yo-yo, and the bailout seems more a distant memory than a current elixir.

But the real source to John McCain’s frustration is Obama himself. This guy must be made of Teflon and covered in pixie dust. He has skillfully parried all of the McCain campaign attacks, and shown a certain splash of grace in the process. You have to give credit to the Obama campaign and his handlers. They didn’t overreact when Team McCain tried to go for the jugular. While much of that was due to Obama’s style, there was substance behind the move as well. During the latest debate, for example, McCain would make a solid point regarding the bailout and what was in the plan to get the economy moving again. But while McCain talked about the plan’s attributes (thaws credit, lowers rates, etc.), Obama talked about its values. He distilled the plan down to what it means for the average American, and then he folded in other concerns families are facing – education and health care – and revealed the thread that links all of them together. That shows a grasp of the big picture. I don’t doubt that Senator McCain fully understands the big picture, but possessing the ability to share that message and connect with the mass citizenry continues to haunt his campaign. If McCain and his supporters are manipulating themselves into believing that the Bradley effect will save them on Election Day, they need to think again. The Bradley effect only impacted Tom Bradley and no other minority candidate since that long ago era has lost an election because of it. This is a new day for the Republican Brand and their chorus line of candidates. Unless they deliver a message and gimmick that is so riveting between now and next Tuesday they will be taken to the slaughter house on Election Day. Quietly most within the Republican inner circle are sensing this and are just praying that carnage will have minimal damage.

So are we looking at the next Bill Clinton in Barrack Obama – a political Superman who is seemingly bullet-proof? If he’s elected president, expect to see a long honeymoon from the Washington press corps, that’s for sure. But, he’ll certainly retain his non-stick layer when it comes to criticism. Is the smooth talking Senator from Illinois the man for this season? If he wins and fails to live up to the promise that the American people have placed in him, you will see a throw back to the original Teflon man where he lost not only his political firepower, but his non-stick coating. .