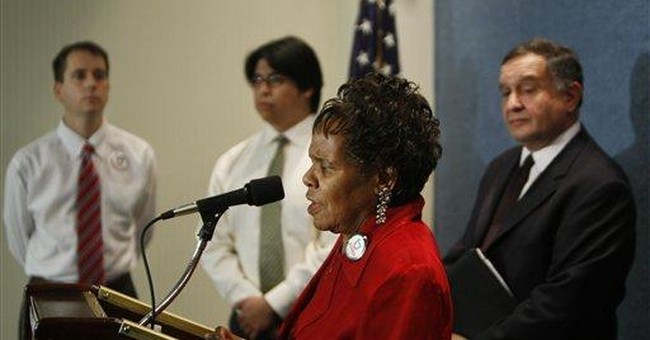 An intrepid researcher has discovered more than 200 tax liens totaling more than $3.7 million have been filed by the government against the Association of Community Organizers for Reform Now for unpaid taxes since the late eighties.

A tax lien is issued when a person or organization fails to pay taxes and that tax debt is considered seriously delinquent. A lien is only issued after the government makes several unsuccessful attempts to collect the debt.

“I took that address and plugged it into Nexis and did a public records search for tax liens,” Vadum said. “At least 230 tax liens corresponded to ACORN’s address and they were all from ACORN’s shadowy network of affiliates.”

The liens filed against ACORN and their associated groups come from the Internal Revenue Service and government officials in fifteen different states.

75 of the 230 tax liens appear to have been “released,” meaning the full debt was paid or a negotiated payment was made for the debt. The rest are outstanding.

Minority Leader Rep. John Boehner (R.-Ohio)and other Republicans have called on Congress to strip ACORN of their federal funding, which has received at least $31 million in various grants since 1998, because of ACORN's role in rampant vote registration fraud across the nation, but Democrats have not expressed any interest in doing this.

“ACORN is a relentless crusader for social programs and government wealth redistribution schemes and the fact they can’t be bothered to pay taxes speaks volumes about the integrity of the organization,” Vadum said.

Vadum recently published his report about ACORN and it is available HERE.