US Should Stand With Victims of Socialist Theft in Venezuela

Alexander Hendrie
|
Posted: Oct 23, 2019 12:30 PM
Share   Tweet
The opinions expressed by columnists are their own and do not necessarily represent the views of Townhall.com. 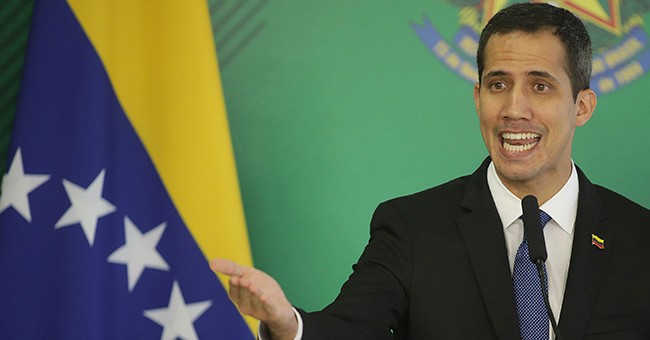 After decades of failed socialist policies in Venezuela, the Trump administration is rightly advocating for a peaceful transition to a democratically elected government. President Trump knows that the left-wing socialist policies pushed by dictators including Hugo Chavez and Nicolas Maduro have inflicted horrible suffering on the Venezuelan people and economy and that they must end immediately.

While there are many creditors owed money by Venezuela, including those who lent money to the Maduro government, a smaller group of investors (including many Americans) had their property stolen by dictators including Hugo Chavez. For example, a gold-mining company called Crystallex has been through almost a decade of litigation to recoup over $1 billion in damages owed from Chavez’s seizure of the company’s massive gold mine. Legitimate claims against Venezuela like this – when private property was seized - have led Americans for Tax Reform and other free-market groups to oppose potential anti-property rights actions from the administration.

In order to be repaid, both international and U.S. courts have ruled that wronged investors can look to Venezuela’s most valuable overseas asset – CITGO, a large downstream oil and gas company with operations and good-paying jobs in the United States.

The next step for wronged investors to obtain justice is for U.S. Courts to facilitate a sale of CITGO to satisfy the debt Venezuela owes. After a court decision, the only way to stop such a sale is for Venezuela to successfully appeal the Court’s decision to the Supreme Court, or for the United States government to intervene through an executive order to stop the sale, which would be an affront to property rights.

Instead of the Trump administration interjecting with unnecessary executive action, the established legal process should move forward without interference from the federal government.

The fact is, Venezuela has mismanaged its resources and treated foreign investors horrendously to the detriment of not only those investors, but the well-being of the country’s people and economic prosperity. The United States should not make a bad situation worse by forgiving this malpractice.

The Takings Clause of the United States Constitution requires just compensation for the taking of private property. Likewise, international investment treaties protect the rights of foreign creditors with property rights – in this case CITGO. Why would the Trump administration want to saddle American taxpayers with more than billions in debt by effectively denying the rights of private property owners?

To rebuild, Venezuela needs to show the world that it respects the rule of law and to pay its dues, no matter the government in power.  Other governments need to understand that they will not be bailed out by the United States if they act irresponsibly – and illegally - like Venezuelan dictators have in the past. An anti-property rights executive order or other heavy-handed action would send exactly the wrong signal on both points.

Allowing this process to play out does not necessarily mean Venezuela must lose CITGO. If democratic leaders led by Juan Guaido in Venezuela sit down with property owners and reach a fair agreement, they can preserve CITGO for the Venezuelan people and achieve a big political win. The Trump administration should encourage these discussions.

At the same time, the United States should reject requests for unprecedented executive action that would harm those who had their property stolen. To do so would erode U.S. property rights, the rule of law, and effectively bail out billions in debt incurred by socialist dictators. It’s just not worth the price.