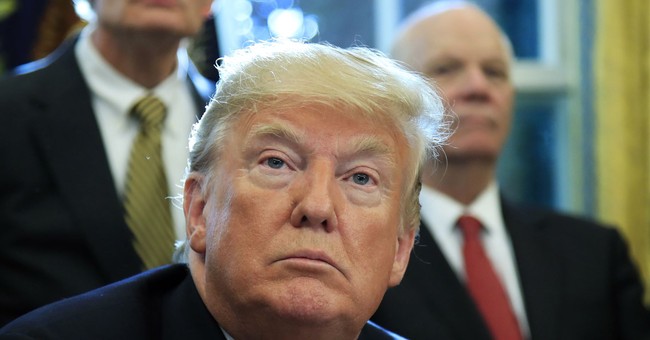 As we emerge from this coronavirus pandemic, it is vital to reignite our economy and get people back to work.

One way to create jobs is through infrastructure investment. This will not only jumpstart the economy but will address our aging infrastructure and build vitally needed new infrastructure. In doing so, President Trump and our federal leadership should do one thing: Block grant the infrastructure dollars back to the states with no federal red tape and let us get to work on building projects immediately. We can install a system that reports results back to the U.S. Department of Transportation to track the dollars invested.

Before the coronavirus pandemic, President Trump revitalized our economy and America experienced unprecedented growth. He realizes that government does not create jobs; the private sector does. What President Trump also realizes is that government can produce a conducive environment for private sector investment by lowering taxes, cutting burdensome regulations, investing in workforce development, trade deals that level the playing field, and infrastructure investment.

President Trump is the first president since President Eisenhower to talk about investing and re-building our infrastructure. Because of President Eisenhower’s political courage and vision, we have the Eisenhower Interstate System. From 1956 to 1970, we built 46,000 miles of interstate in our country. Because of federal bureaucracy and existing red tape, that would be impossible today. In Georgia, we had a bridge burn down several years ago on the I-75/I-85 connector. With the support of the Trump Administration doing away with federal red tape, we rebuilt that bridge in less than six weeks. This proves that when the government gets out of the way and we prioritize a project, we can expedite and deliver it faster for our customer, the citizen.

In a second term, President Trump will make building new infrastructure a priority in his administration. It will take increased investment, but by cutting regulations, we can save a minimum of 30 percent. Our interstate system was built for a population of 200 million. Today we are well over 350 million people with continued growth projected. As chairman of the Georgia state Senate Transportation Committee and former CEO of the Chamber of Commerce, I have witnessed first-hand that there is a direct correlation between infrastructure investment and economic development.

President Trump is a builder and knows how to make things happen. With his experience as a developer, his understanding of job creation, and most importantly, his vision and political courage, he will be the Eisenhower of our generation. We need his bold leadership on this issue - not for me but for our children and grandchildren - and we must not kick the can down the road. The time to act is now, and the man to lead on this important opportunity is our commander and chief - The Infrastructure President.