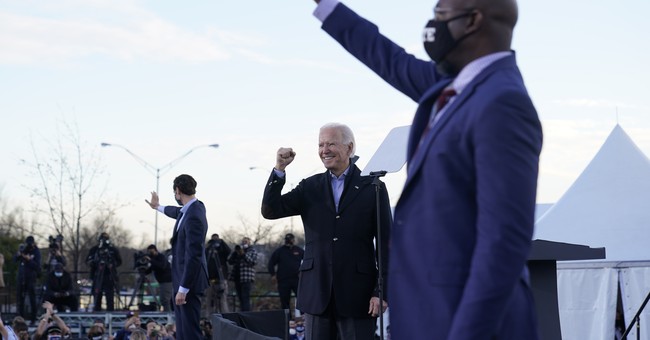 The Washington Post accomplished its goal of giving the Senate to the Democrats by publishing a pack of lies about President Trump. Moderate Republicans who might have supported either Republican Senate candidate in Georgia this past January were no doubt turned off by the erroneous and unflattering portrayal of a telephone conversation between President Trump and a Georgia election official.

The miscreants at the Post inexcusably got it wrong, and their inaccuracies were trumpeted by the Democrats as a reason to impeach President Trump.

The Washington Post admission that it got it totally wrong about the phone call between Trump and the Georgia secretary of state is more than just another example of the Left-stream media’s insatiable attack on President Trump, even if the evidence is a dubious “unnamed source.”

The Georgia Senate races were extremely close. It was important to Republicans to win at least one of those seats in order to prevent the Democrats from controlling both chambers of Congress. Almost anything could have swayed enough voters to turn the election.

There can be virtually no doubt that WaPo’s grossly partisan and inaccurate reporting played a role in turning Georgia completely blue in the Senate, thereby giving control of that body to the Democrats.

The Post’s grudging apology is too little too late. They seem to suggest that it wasn’t really their reporter’s fault. After all, they relied on an unidentified source who lied to the poor reporter. Give me a break.

But the story didn’t just help the Democrats take both Georgia Senate seats, it helped fuel the way-out narrative of the House Democrats' impeachment team.

A couple of weeks ago I confronted House Impeachment Manager Jamie Raskin (D, Md) during the Rules Committee. I pointed out that the heavily and selectively edited videos he presented during the impeachment hearing would never have been allowed in a court of law. He disagreed, of course. I doubt he’s ever been in court.

It turns out that one of the reasons courts don’t allow hearsay evidence is that it is inherently unreliable. And, the second impeachment effort by the maniacally, myopic Democrats was built entirely on hearsay that appealed to their emotional need to attack President Trump.

The Washington Post relied on hearsay from a person who wasn’t on the call. The media gets to rely on hearsay. It isn’t a court.

You do not get the same luxury of using bogus evidence when you are trying to remove a president who only has a few days left in office.

You don’t get to doctor videos to concoct a story that fits your theory, nor do you get to rely on the news article of a formerly respected newspaper. The reason is simple, neither is reliable.

One commentator suggests we find out who the source is and attack that person.

I think the better approach is for the WaPo to initiate an investigation into the reporter who was so easily a victim of subterfuge to determine if the reporter was an unwitting victim of a liar, or whether the reporter had such a deep-seated animus toward President Trump that they failed to verify the lies that the reporter, and House Impeachment Managers, repeated.