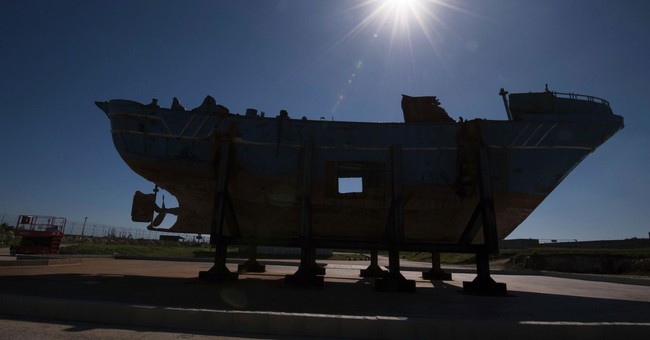 The U. S. Treasury Department on Thursday imposed sanctions on a smuggling ring in the Mediterranean charged with abetting the political turmoil in Libya.

“The United States is committed to exposing illicit networks exploiting Libya’s resources for their own profit while hurting the Libyan people,” Deputy Secretary Justin G. Muzinich said in a statement.

Libyan national Faysal al-Wadi and two associates are accused cooperating with a Malta-based firm to illegally transport fuel and drugs from Libya to Malta. U.S. officials say the smugglers utilized a transfer location just outside of Malta’s territorial waters called Hurd’s Bank, which is known as a prominent nucleus of illicit transactions.

According to the Treasury Department, “Competition for control of smuggling routes, oil facilities, and transport nodes is a key driver of conflict in Libya and deprives the Libyan people of economic resources.”

Today, the U.S. imposed financial sanctions on a network of smugglers contributing to instability in Libya and depriving the Libyan people of economic resources. We will continue to take concrete actions in response to those who undermine Libya’s peace, security, or stability.

This comes after Malta’s Interior Minister, Byran Camilleri, said last month that “the international community should prioritize the preservation of a united Libya.”

The United States has pledged against direct interference in the Libyan proxy struggle, and the sanctions only require that the designated persons cannot export their bounty into the United States.

After insurgents ousted Libyan dictator Muhammar Ghaddafi in 2011, internal factions vied for rule of Libya. Eastern Libya is controlled by militant leader Khalifa Haftar with support from Egypt, Russia, France and the United Arab Emirates. A UN-recognized government, the Government of National Accord (GNA) operates in the West under the jurisdiction of Prime Minister Fayez Sarraj.

On Thursday, Secretary of State Mike Pompeo spoke with Egyptian Foreign Minister Sameh Shoukry regarding the conflict in Libya, reiterating the necessity of supporting UN-facilitated diplomatic de-escalation. But Egypt has promised to send in troops if GNA forces threaten Sirte, a key stronghold protecting crude oil export terminals near the Egyptian border.

The foreign ministers from Turkey and Malta also traveled to Libya this week. Referring to Haftar’s abrupt exit from a UN conference in January, Mevlüt Cavusoglu of Turkey said on Thursday, “Haftar does not believe in a political solution in Libya, as proven by his avoidance of diplomatic talks."

“A solution to Libyan conflict remains unlikely for now,” he said.

On Wednesday, Italian Defense Minister Lorenzo Guerini met with GNA leader Fayez Al-Sarraj in Tripoli to discuss an “improvement” in bilateral relations. Both nations face criticism from human rights groups who claim their 2017 agreement to block refugees from entering Europe through Italy has consigned the refugees to inhuman conditions in Libyan detention centers.

Germany joined the fray on Tuesday when it dispatched a military cohort to monitor the Libyan coast as part of EU’s IRINI mission. EU countries enforced an arms embargo against Libya in March, as well as sanctions against illegal exports and human trafficking. But Tripoli, the seat of the GNA, says the measures are not aggressive enough to repel Haftar. And Germany’s actions elicited dissatisfaction from Turkey. As host of the diplomatic conference between the two governments, Germany should remain neutral, says Ankara.

“The United States is deeply troubled by the escalating conflict in Libya,” U.S. National Security Adviser Robert O’Brien said in a statement on Tuesday.  He said the “ongoing efforts of foreign powers to exploit the conflict” have ensured that there can be “no winning side.” He made it clear that U.S. has an interest in resuming the function of the National Oil Corporation in Libya.

Spoke today with Egyptian Foreign Minister Shoukry about our shared interests in regional peace and stability. We discussed developments in Libya and our desire to see stability and prosperity there. A lasting @UN-brokered ceasefire and de-escalation are critical to that vision.