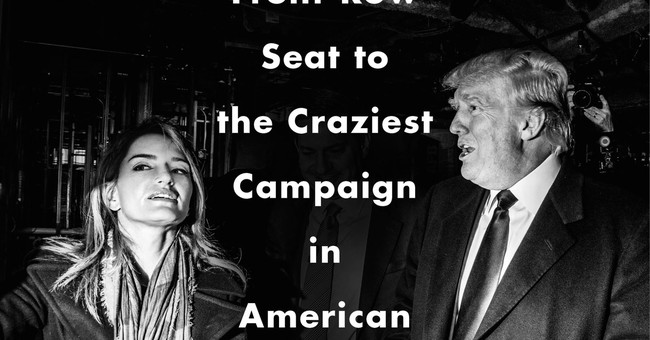 While the liberal media continues to go nuts every time President Trump does…anything—I’m sure it’s only fueled the fire in the bellies of die-hard Trump supporters. Yet, you have to wonder what media reactions would be like should Trump win a second term in 2020.

There are endless compilations of the meltdowns that occurred on ABC News, NBC, News, MSNBC, and others as just became clearer that Hillary Clinton would not become the next president of the United States on election night 2016. The best was The Young Turks’ descent into madness, where co-hosts actually called women who voted for Trump dumb in their epic tantrum that night. For MSNBC’s Katy Tur, she said she felt bile in the back of her throat (via Joe Concha) [emphasis mine]:

Tur recalled her feelings in her new book, "Unbelievable," released Tuesday. "The room goes wavy. My stomach churns,” Tur says. “I can feel the bile in the back of my throat.

“I’ve heard him insult a war hero, brag about grabbing women by the pussy, denigrate the judicial system, demonize immigrants, fight with the pope, doubt the democratic process, advocate torture and war crimes, tout the size of his junk in a presidential debate, trash the media, and endanger my life,” Tur continued.

Tur, 33, adds she fears Trump will be in office 27 years from now at age 98 because he'll find a way to avoid the two-term limit.

"Does anyone really believe he’ll respect term limits? I have a vision of myself at sixty, Trump at a hundred, in some Midwestern convention hall. The children of his 2016 supporters are spitting on me,” Tur writes.

So, the first question is will this MSNBC anchor have the same reaction should Trump win again? Second, No, Trump won’t eliminate term limits. Let's get a grip. Also, it's an election. You'll have a chance to boot him in 2020, but that's another liberal obstacle.

I know 2020 is far away, but the Democratic Party has no one. They have no leader, no agenda, and no message. There is no heavyweight candidate with an extensive resume, experience, and name recognition who is under the age of 55 in the Democratic Party. It’s a choice between geezer world and a slew of no-names. Democratic attacks against Trump have failed and voters, overall, still like that he’s an outsider, they’re impressed with his businessman background, and they’re still giving him the benefit of the doubt. They also approve of how he’s handling the economy.

Yeah, wanting to throw up pretty much encapsulates the overall reaction from liberal America, which makes Trump's win all the more satisfying.