GOP Pollster: Working Class Turnout Higher Than Projected In Michigan, Trump Could Have A Chance There 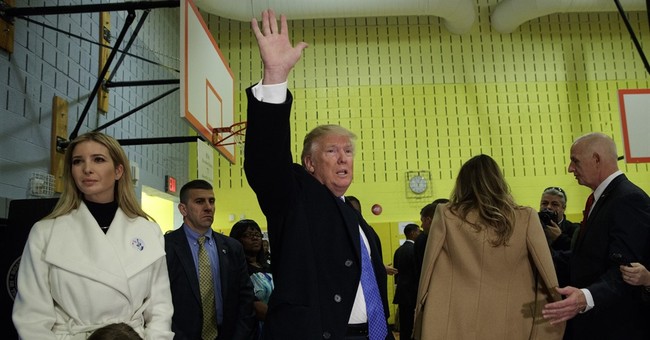 President Obama made a stop in Michigan—and now we know why. GOP pollster Frank Luntz recently tweeted that working class voter turnout in the Mitten State is higher than expected, meaning that Trump could have a chance to clinch the state. White working class voters have formed the backbone of the Trump campaign, and he’s been garnering record levels of support with that group. The problem, sorry to be a wet blanket here, is that Clinton is polling very strong with college-educated women.

Speculation abounds, but if the working class is turning out strongly in Michigan, things could get interesting in Pennsylvania, where working class voters in the western part of the state are tilting heavily towards Trump. Stay tuned.

Working-class turnout is looking much higher than expected. Trump may actually have a chance. #ElectionDay