Obama: I Have a Dream...of Creating 'a Million Young Barack Obamas' 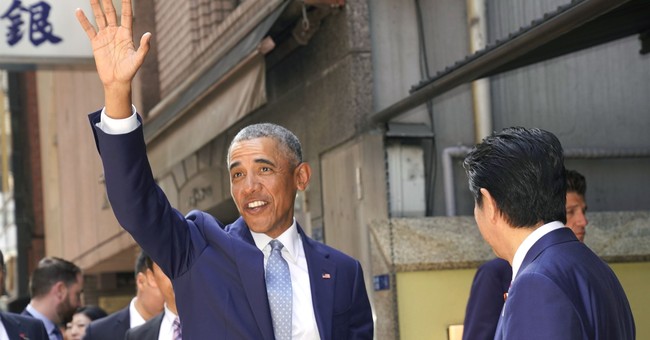 Former President Obama envisions a world full of young leaders who are just like him.

Speaking at a conference in Japan Sunday, Obama spoke a great deal about the Obama Foundation’s efforts to help young people in the U.S. and around the world get connected through the internet.

“If I could do that effectively, then — you know — I would create a hundred or a thousand or a million young Barack Obamas or Michelle Obamas,” Obama said. “Or, the next group of people who could take that baton in that relay race that is human progress.”

The former president pointed to the impact young people are having in the U.S. and abroad, pointing to the anti-gun March for Our Lives rally over the weekend as an example.

The march stemmed from a student-driven movement in the wake of the mass shooting at Marjorie Stoneman Douglas High School in Parkland, Florida, where 17 people were killed last month. According to the march's website, more than 800 protests were planned in every state in the U.S., and on nearly every continent.

In contrast to these young people, Obama said that many of today’s problems are “caused by old men.”

"A lot of our problems are caused by old men. No offense, men, who are old," he joked.

He also took on news media, saying it’s too easy for people to find narratives they agree with.

"One of the things we're going to be spending time on, through the Foundation, is finding ways in which we can study this phenomenon of social media and the Internet to see are there ways in which we can bring people from different perspectives to start having a more civil debate and listen to each other more carefully," Obama said.