GOP Senator: Funding For Border Wall Will Likely Have to Wait 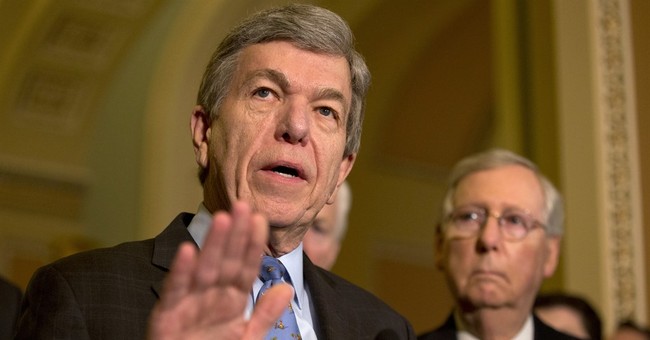 A senior member of the Appropriations Committee announced Tuesday that funding for President Trump’s proposed border wall will likely have to wait.

Sen. Roy Blunt (R-Mo.), said that leadership for the House and Senate are close to negotiating a government funding bill for the rest of 2017 and that the president’s supplemental funding request will need to wait until later in the year.

Adding a supplemental spending bill requested by Trump to pay for military activities and a wall along the U.S.-Mexico border would complicate the talks and should be dealt with at a later date, Blunt added.

"We have the FY17 defense bill," Blunt said, noting it is the top priority of Defense Secretary Jim Mattis and could be used as a vehicle to pass bills funding other federal departments.

"All of the committees, House and Senate leaderships, are working together to try to finalize the rest of the FY17 bill," he added. "My guess is that comes together better without the supplemental."

Blunt said the supplemental could be dealt with “at a later time.”