Trump: 'I Worked Hard' To Keep Ford Plant in Kentucky 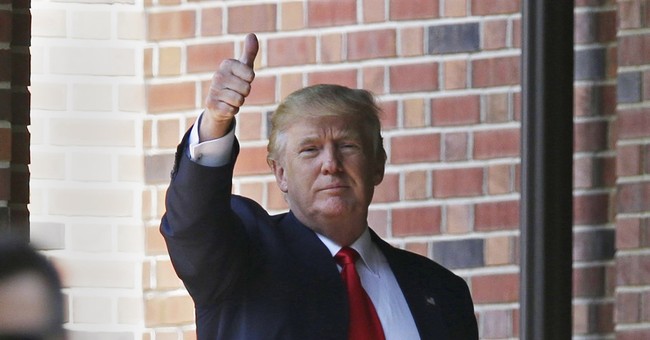 Donald Trump tweeted on Thursday that the chairman of Ford motors told him the company will not be moving the production of one of their vehicles to Mexico, seeming to suggest he played a role in that decision.

“Just got a call from my friend Bill Ford … who advised me that he will be keeping the Lincoln plant in Kentucky,” Trump tweeted. “[N]o Mexico.”

“I worked hard with Bill Ford to keep the Lincoln plant in Kentucky. I owed it to the great State of Kentucky for their confidence in me!”

The company issued a statement about the decision.

“Today, we confirmed with the President-elect that our small Lincoln utility vehicle made at the Louisville Assembly Plant will stay in Kentucky. We are encouraged that President-elect Trump and the new Congress will pursue policies that will improve U.S. competitiveness and make it possible to keep production of this vehicle here in the U.S," the company’s statement read.

According to the Washington Post, Ford was planning to move its production of the Lincoln MKC to Mexico, but was not planning on moving the factory. Some of its smaller cars will be moving from Michigan to Mexico, however, although the company said it won’t cost American jobs.

“We continue to engage with President-elect Trump’s team—and the new Conress—as they shape the policy agenda for 2017. We have shared our commitment to continue investing in the U.S. and creating American jobs—building on the $12 billion we have invested in our U.S. plants and the nearly 28,000 U.S. jobs Ford has created in the past five years,” the statement read. “Ford continues to employ more American autoworkers and produce more American made vehicles than anyone.”