Room to Grow: How 'Conservative Reform For the Middle Class' Can Reach the GOP 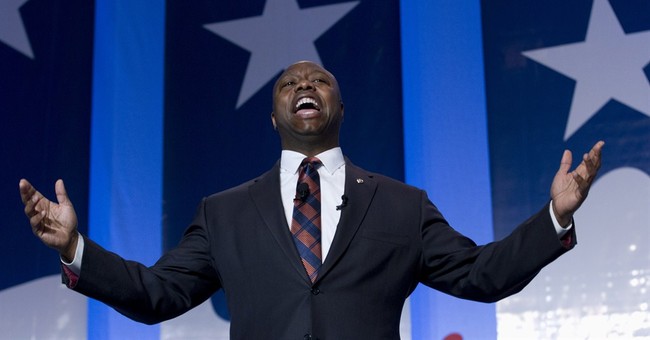 It's been called the "conservative reform agenda," and it's part of how conservatives from around the country are regrouping and reloading as the Obama era wanes. Conservatives are roundly seen by non-conservatives as partisans for the rich, it's argued, and that perception must change to counter the ascendant progressive movement.

A group of scholars has put out "Room To Grow: Conservative Reforms for a Limited Government and a Thriving Middle Class," which collects political prescriptions for conservatives across a wide range of the spectrum: from employment to tax reform, from health care to education, from energy to family, the authors attempt to lay out how Republicans can move from the mainstream media's conception of the GOP of "the party of no" to a party with a vision.

The task of "conservative reform" has seemed Sisyphean since the Bush years, though, so can this crop make inroads with actual Republican politicians?

The American Enterprise Institute gathered the authors together with actual Republican legislators to find out, and House Minority Leader Eric Cantor, Senate Majority Leader Mitch McConnell, along with Sens. Tim Scott and Mike Lee, addressed an audience in Washington, D.C.

The legislators made no mention of cutting income taxes. They made no mention of corporate taxes. Nothing of privatizing Social Security, and little discussion generally about fundamentally changing the structure of entitlements broadly. Eric Cantor mentioned Obamacare - once, in the hour-long discussion.

Conservatives, Sen. McConnell said, "have often lost sight of the fact that the average voter is not John Galt."

McConnell promoted three pieces of legislation that he said would fit in to the Republican reform agenda - the Family Friendly Workplace Flexibility Act, the Expanding Opportunity for Charter Schools Act, and the National Right to Work Act.

Instead, the legislators pitched an agenda focused around how families rear children in society. Family tax credits, education reform at both the K-12 and higher levels, corporate cronyism and others were all on the docket.

Sen. Lee, after noting that many people are aware of what's called the 'marriage penalty' in our tax code, said that what people should instead focus on is the 'parent tax penalty' - "working parents are taxed twice, effectively, by our entitlement programs," as Lee put it.

While not new - Lee has been pushing for a reformed and larger child tax credit as a part of his broader tax reform package - it's the part of his tax reform that is specifically targeted at working middle-class families, and isn't merely a consolidation of income tax brackets.

Senator Scott focused on education opportunity for children. "Education," he said, "seems to be the gateway for the American dream." A high school drop-out himself, Scott introduced the CHOICE Act earlier this year, which would create pilot programs around the country for military families and expand on the successes of the DC Opportunity Scholarship program.

"I always hear labels being put on poor kids: "at-risk kids." What an awful label. We are high-potential children," Scott said.

Higher education came up for discussion as well. The legislators agreed that the traditional brick-and-mortar four-year institution shouldn't be seen by working Americans as the only way to access and succeed in higher education. "We've oversold the importance of a four-year education," as Scott said.

Rep. Cantor discussed how education plays into the House GOP's SKILLS Act, which has been promoted as a jobs program. In the SKILLS Act, Cantor said, money that the government has appropriated for sub-optimal programs could be redirected to non-traditional educational and vocational programs both for students and workers who want to improve their job skills.

The Higher Education Reform Act, Sen. Lee touted, would allow for federal dollars to be used in alternative methods of education that may better fit the needs of some students. "The idea behind this is to give states the option of creating their own alternative accreditation systems, so that students could participate in title Title IV higher education funding while attending programs outside the traditional accreditation schools."

All of this isn't necessarily a cohesive singular vision. It might just be that conservatives have to embrace smaller, individual reforms on their way to a better society. Indeed, a question for the Room to Grow scholars from Arnold Kling noted that the whole agenda seems "tentative and timid."

Yuval Levin, one of the authors of the Room to Grow agenda, countered with "a case for timidity," noting that wholesale reform is often overly simplistic and gets watered down by political feasibility. Timidity, he argued, might be important to conservative success.* [See update below.]

McConnell summed up the tone of the discussion, saying that "many people feel as though the government is working against them, not for them... reform conservatism can provide a good initial answer on how we can help, not hurt, the working class."

"It offers more than a mere rejection of what the other side is selling."

Whether there will be a greater momentum for some of these ideas, however, may be up to voters.

UPDATE: This is not meant to be interpreted that Levin suggested that conservative tactics in opposing progressivism be timid - merely that they should be timid about the practicality of reforms that involve grand, comprehensive visions of government.

What I don't want to suggest is that conservatives should be timid in fighting today's overbearing liberalism, confronting Obama, or pursuing reforms. Where we should be humble and constrained is in what we ourselves expect of government and how we seek to use it.

The whole event is now live online, and you can watch the exchange at the 2:05:00 mark here: