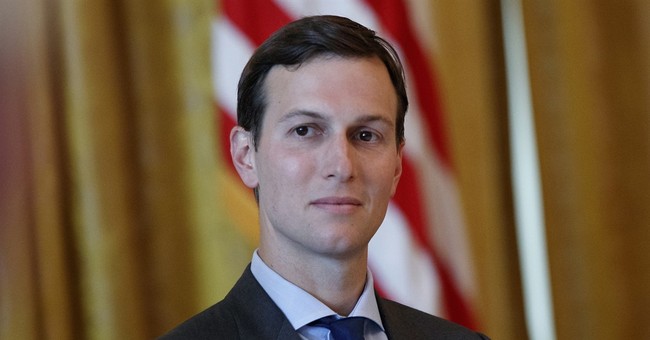 The statement will come shortly after Kushner's testimony to the Senate Intelligence Committee on Capitol Hill, in which he denied any collusion with the Russian government during the 2016 presidential election. From his testimony, which can be read in full here:

When it became apparent that my father-in-law was going to be the Republican nominee for President, as normally happens, a number of officials from foreign countries attempted to reach out to the campaign. My father-in-law asked me to be a point of contact with these foreign countries. These were not contacts that I initiated, but, over the course of the campaign, I had incoming contacts with people from approximately 15 countries.

To put these requests in context, I must have received thousands of calls, letters and emails from people looking to talk or meet on a variety of issues and topics, including hundreds from outside the United States. While I could not be responsive to everyone, I tried to be respectful of any foreign government contacts with whom it would be important to maintain an ongoing, productive working relationship were the candidate to prevail.

To that end, I called on a variety of people with deep experience, such as Dr. Henry Kissinger, for advice on policy for the candidate, which countries/representatives with which the campaign should engage, and what messaging would resonate. In addition, it was typical for me to receive 200 or more emails a day during the campaign. I did not have the time to read every one, especially long emails from unknown senders or email chains to which I was added at some later point in the exchange.

With respect to my contacts with Russia or Russian representatives during the campaign, there were hardly any. The first that I can recall was at the Mayflower Hotel in Washington, D.C. in April 2016. This was when then candidate Trump was delivering a major foreign policy speech.

Doing the event and speech had been my idea, and I oversaw its execution. I arrived at the hotel early to make sure all logistics were in order. After that, I stopped into the reception to thank the host of the event, Dimitri Simes, the publisher of the bi-monthly foreign policy magazine, The National Interest, who had done a great job putting everything together. Mr. Simes and his group had created the guest list and extended the invitations for the event.

He introduced me to several guests, among them four ambassadors, including Russian Ambassador Sergey Kislyak. With all the ambassadors, including Mr. Kislyak, we shook hands, exchanged brief pleasantries and I thanked them for attending the event and said I hoped they would like candidate Trump’s speech and his ideas for a fresh approach to America’s foreign policy.

The ambassadors also expressed interest in creating a positive relationship should we win the election. Each exchange lasted less than a minute; some gave me their business cards and invited me to lunch at their embassies. I never took them up on any of these invitations and that was the extent of the interactions.

Over the last six months, I have made every effort to provide the FBI with whatever information is needed to investigate my background. In addition, my attorneys have explained that the security clearance process is one in which supplements are expected and invited. The form itself instructs that, during the interview, the information in the document can be "update[d], clarif[ied], and explain[ed]" as part of the security clearance process.

Kushner was called to testify on Capitol Hill after Donald Trump Jr. released emails showing he met with a Russian lawyer offering dirt on Hillary Clinton in June 2016. One email shows the information came through the lawyer on behalf of Russian government efforts to help Donald Trump win the election.