Good News: IRS Sent Billions in Education Credits to People Who Aren't Qualified to Receive Them 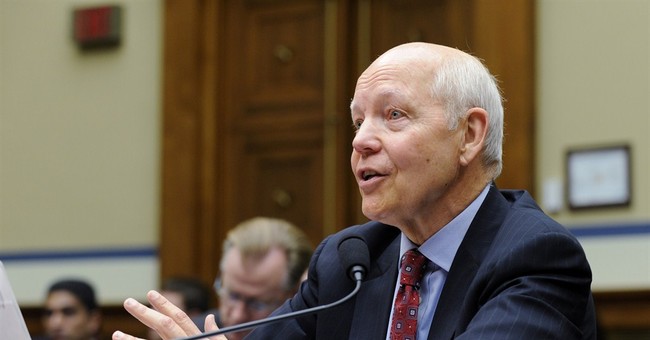 According to a new report from Treasury Inspector General J Russell George, the IRS paid out $5.6 billion in education credits to more than 3 million people who aren't qualified to receive them.

The Taxpayer Relief Act of 1997 created two permanent education tax credits, the Hope Credit and the Lifetime Learning Credit. The American Recovery and Reinvestment Act of 2009 temporarily replaced the Hope Credit with a refundable tax credit known as the American Opportunity Tax Credit (AOTC). The AOTC was initially set to expire at the end of Calendar Year 2010 but has since been extended through Calendar Year 2017.

The problem according to the report:

So how did this happen? First, you can thank the stimulus package of 2009. Second, the IRS hasn't taken the advice and recommendations from the inspector general to fix this problem in the past and therefore the agency is still paying out billions in bogus claims.

"Prior TGTA audits have reported that taxpayers have claimed billions of dollars of erroneous education credits. TIGTA has made a number of recommendations to the IRS to help reduce the number of these erroneous claims. This audit was initiated to assess the IRS's efforts to improve the detection and prevention of questionable education credit claims," the report states. "The IRS still does not have effective processes to identify erroneous claims for education credits. Although the IRS has taken steps to address some of our recommendations, many of the deficiencies TIGTA previously identified still exist. As a result, taxpayers to continue to receive billions of dollars in potentially erroneous educations credits."

After This Story About a Wife of an Ex-Employee, You Can See Why Bloomberg Wants This NDA Circus to Just Go Away
Matt Vespa
Fox News Presses John Kerry About Those Apparent Logan Act Violations
Cortney O'Brien

BREAKING: Weinstein Jury May Be Deadlocked on Two Major Charges