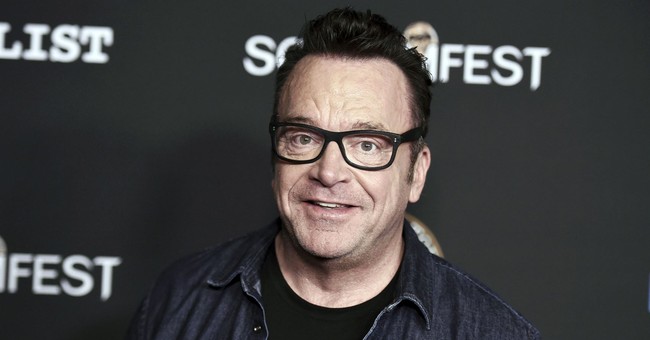 Tom Arnold was once a name that was associated with blockbuster comedy movies and as the silver-tongued sidekick to Arnold Schwarzenegger in True Lies. More recently, however, Arnold has made a name for himself as a chronic pain-in-the-derriere on Twitter who loathes President Trump and hurls nasty insults at anyone who defends him.

His comments, while always incendiary, usually follow the entirely vague social media guidelines provided by Twitter, and his smear campaign against the president draws the perfect mix of ire and applause every troll craves. Sometimes, however, he manages to cross a line even his most ardent fans can't ignore.

Such was the case on Thursday night when, in a post he later described as an attempt at "being nice," Arnold shared with the entire world a phone number he claimed to be the personal mobile contact number for White House advisor Hope Hicks.

I was being nice!! Tom Arnold shares Hope Hicks' cell phone number after she tests positive for coronavirus https://t.co/iQggZ1wItb #FoxNews

Hicks, who tested positive for COVID-19 this week and has been named as a possible source for the president's later positive diagnosis, has been variously lampooned and hailed by characters on the internet for potentially making Trump sick.

The 61-year-old actor said in a Thursday tweet following Hicks' diagnosis that people should use her personal phone number to send their own thoughts and prayers.

"Silent thoughts & prayers aren't enough for national treasure Hope Hicks," he said in the now-deleted post. "She needs to hear them." It has not been confirmed how Arnold got the number, whether the number provided in the post actually belonged to Hicks, or how many people called the number before the tweet was taken down. It was also not immediately clear if Arnold was forced by Twitter to take the post down or if Arnold did it on his own.

Arnold was previously under fire for suggesting that left-wing white men take up arms and open fire on undercover police in the nation's capital.

"2nd Amendment is for everyone including black men with long guns but it's f---ing time for us white liberal men to stand up for our brothers & sisters," Arnold said in June. "Borrow our dad's hunting rifles & go nose to nose with Trump’s gang of misfit tools. Let's do it."

But while some of Arnold's more insane sounding anti-Trump rants are easily brushed aside or ignored by those who dislike him, attempting to disrupt Hicks and her recovery from COVID-19 to be a petty, political antagonizer was a bridge too far.

Democrats believe they’re going to win the election, so they aren’t bothering to hide who and what they are now. This one is a particularly nasty piece of work. https://t.co/JHQd5SrwC9

.@tomarnold is a sick man — and, at the same time, just a typical Democrat. https://t.co/5Xqbxk2QC9

Tom Arnold has always been a horrible, smelly piece of trash.

Some Twitter users even suggested that Arnold seek mental help.

Others suggested strongly that he be permanently suspended or punished by Twitter.

This is your reminder that if a conservative did 1/1000th of what Tom Arnold has done they would have been banned by @Jack @TwitterSupport.

Many who have done the same have been permanently suspended from the platform.

Will @jack take action against him? https://t.co/4MTmQS00CX