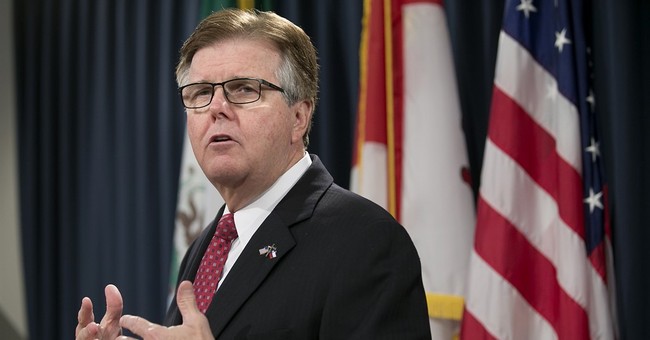 "Fauci said today that he's concerned about states like Texas that skipped over certain things," Lt. Gov. Dan Patrick told Fox News's Laura Ingraham Tuesday night. "He doesn't know what he's talking about. We haven't skipped over anything. The only thing I'm skipping over is listening to him."

Patrick's sentiment is shared by many Americans after Dr. Fauci predicted that the U.S. could soon experience over 100,000 coronavirus cases a day if we don't get our act together and get control of the new spikes in states like Texas, Arizona, and Florida.

Dan Patrick says Dr. Fauci doesn’t know what he’s talking about and claims Texas didn’t skip over anything. He goes on to suggest that Texas officials will no longer listen to Dr. Fauci anymore pic.twitter.com/gDuqqcHOD9

While it's true Texas has been experiencing a surge in coronavirus cases, the death rate remains low compared to other hot spot states. As Patrick noted, Texas has counted 2,424 coronavirus deaths while New York has had over 31,000 fatalities. And California, likewise, has over three times the amount of deaths when compared to Texas.

"Those two states have been locked down the whole time, while we have been open," Patrick noted. "So locking down doesn't work."

The lieutenant governor said that he and Gov. Greg Abbott will listen to the science and to doctors on when it's safe to move forward, but they've heard enough from Fauci.

"He has been wrong every time on every issue," Patrick claimed. "I don't need his advice anymore...No thank you, Dr. Fauci."

Other notable lawmakers, including Sen. Rand Paul (R-KY), have questioned Dr. Fauci's advice in recent weeks. Paul had the chance to confront Fauci in person on Tuesday during a Senate HELP Committee hearing. He suggested that Fauci and his fellow experts were guilty of "fatal conceit" and dictating what Americans can't do, while failing to tell them what they can do.