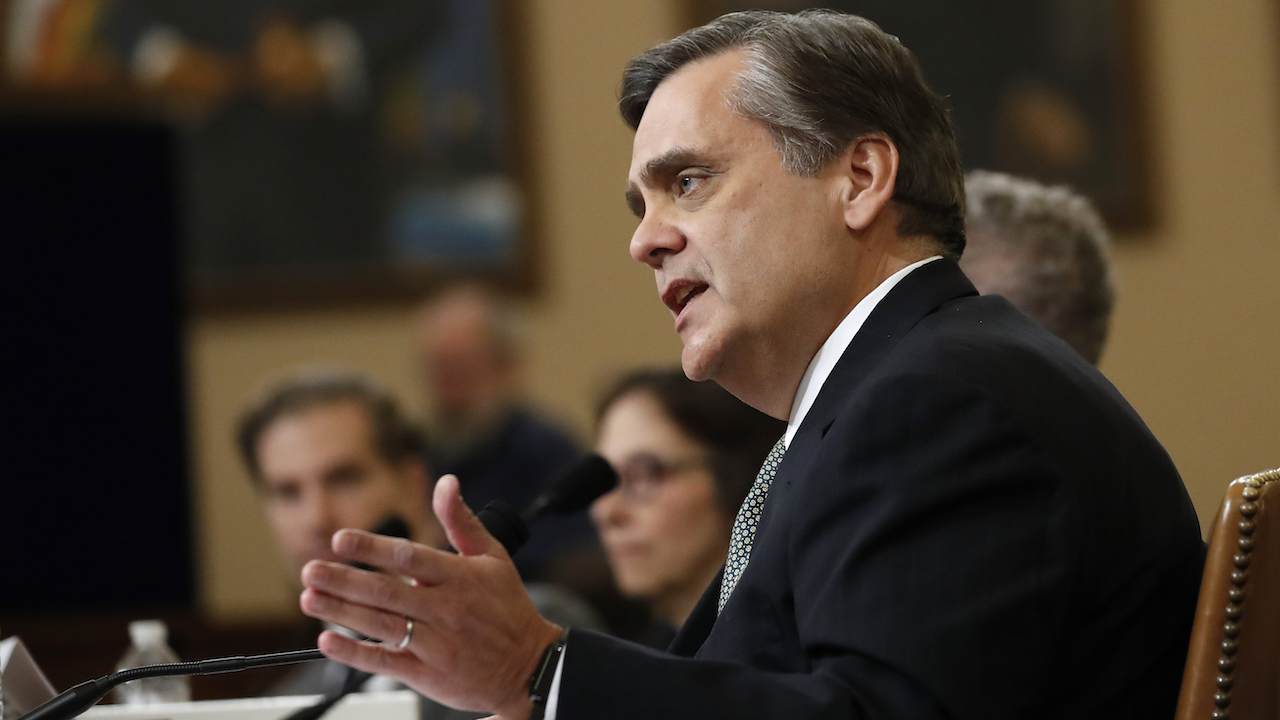 George Washington University Law Professor Jonathan Turley was the only witness in last month's impeachment hearing featuring constitutional scholars who didn't appear to have a liberal vendetta against President Trump. While his fellow academics and witnesses concluded that Trump had abused his power in their testimony before the House Judiciary Committee, Turley observed that their being angry doesn't justify the removal of a president. They actually need evidence.

"So, we're all mad," Turley said at the time. "Where has it taken us? Will a slipshod impeachment make us less mad or will it only give an invitation for the madness to follow in every future administration? That is why this is wrong...it's wrong because this is not how you impeach an American president."

Turley observed the same losing strategy in the Democratic impeachment managers' opening arguments. Instead of focusing on a narrative that relied on facts or precedent, Adam Schiff, Jerry Nadler and company instead leaned on their anger. Nadler at one point called the duly elected president a "dictator" and accused any senator who voted against additional witnesses of being involved in a White House "cover up."

Video: @JonathanTurley slams Dems on Friday's presentation thus far: "There may have been more passion than persuasion there because they went so far that they virtually accused the President of being a Russian asset and just short of having a KGB e-mail address." pic.twitter.com/y0w4Awds89

"They went so far that they basically accused the president of being a Russian asset and just short of having a KGB email address," he said. "It was very stinging language."

The Democrats forgot who their audience was, Turley explained.

"You just lost your case because there's no way that those Republican senators are going to buy that narrative. Not at all."

It turns out senators don't like being lectured or being the subject of outrageous rumors. On Friday, Schiff suggested that a Trump associate had threatened Republicans who don't vote to acquit Trump.

GOP OK Sen Lankford on Schiff's 'head on a pike' comment: I was visibly upset with it. The whole room was visibly upset on our side..that's insulting and demeaning to everyone to say that we somehow live in fear and that the President has threatened all of us

This New Peer-Reviewed Article Could Be a Game-Changer
Townhall
Gov. Doug Ducey throws ice-cold water on Trump's call to decertify the 2020 election in Arizona
Twitchy
Pelosi Backs off Monday Vote on Infrastructure, Which May Be the Death Knell of Biden's Agenda
Redstate
FBI Narrative About the Jan. 6th Capitol 'Insurrection' Is IMPLODING
PJ Media