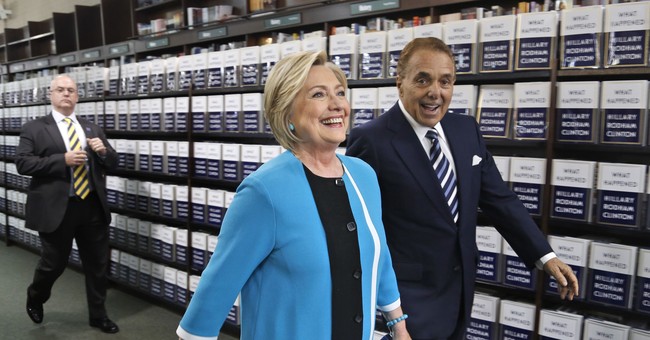 Hillary Clinton has become an expert at softball interviews as she unveils her new book, "What Happened," but NPR threw her a curveball this week. Morning Edition anchor Rachel Martin wasn’t interested in mourning with Clinton like other pundits and reporters who refuse to accept the election results. No, Martin wanted to know how the first ever female presidential nominee managed to lose to Donald Trump - a line of questioning that undoubtedly made Clinton squirm.

As Newsbusters’s Tim Graham noted, they hit Hillary where it hurts.

For starters, how could she explain her unpopularity and her weak campaign? Clinton rejected that premise, reminding Martin that she won the popular vote.

“You could not put together the Obama coalition,” Martin pushed back. “You did lose five million people who voted for him who did not vote for you.”

The ever-defensive Clinton said that voter suppression was a serious problem.

Martin also wanted to know whether Clinton should have stepped aside for a more popular candidate. Clinton said “it’s not useful to speculate" and then asked a series of her favorite questions.

“But what ifs that I think are realistic to think about because, you know, what if I hadn't made the dumb mistake about e-mails? And it was a dumb mistake, but it was an even dumber scandal. What if the Russians hadn't been literally encouraged by Donald Trump to do even more to disrupt the election? What if the Supreme Court had not reversed the Voting Rights Act, which I was proud to vote for when I was in the Senate, and I still maintain the kind of protections to make sure that no American is disenfranchised?”

As even Senate Minority Leader Chuck Schumer has noted, perhaps she should stop pointing fingers and start blaming herself.

My favorite exchange came when Martin asked Clinton to respond to Democrats who want her to stay out of the spotlight and stop scheduling book signings because she is hurting the party.

“Well, they don’t have to buy my book,” she said, adding she’s “not going anywhere.”