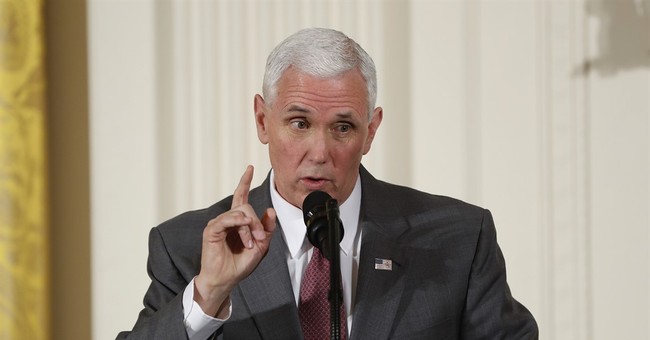 “We’re ready to support” the Pence deal, McIntosh said. “It is a good way forward.”

The Freedom Caucus seemed to agree, with Rep. Mark Meadows (R-NC) noting he was "encouraged" after meeting with the vice president.

“The problem,” McIntosh said, is that Speaker Ryan hasn’t agreed to the deal.

Club for Growth has not shied from its criticism of the Republicans’ American Health Care Act. Echoing the criticisms of many conservatives, Doug Sachtleben, the group’s communications director explained to Townhall last week that the initial draft of the bill appears to have been drafted by moderates in the party “who are afraid of town halls and backlash seem to get their way.” The result is a bill that does not resemble what Republicans campaigned on - to repeal and replace Obamacare and bring down consumer premiums.

Because of Club for Growth’s part in upending the initial legislation, Trump singled them out in a tweet, along with the Freedom Caucus, for “saving” Planned Parenthood and Obamacare.

Yet, there are no hard feelings, Sachtleben said.

“You know, I mean, it’s a Trump tweet, so, I mean in the end, I think the goal of the tweet is to get a bill passed,” he said. “We share the same goal, and yeah we’re probably looking at it a little differently in terms of the process of getting there, and he wants it done sooner rather than later. We want it done right, and so if it took a little longer, then so be it. So there’s no hard feelings or anything.”

He also rejected the idea that the strongly worded tweet will stymie the conversations between skeptical conservatives and the White House.

“You know, I think our sense on it is that it’s a distraction,” he said. “The Freedom Caucus folks, they’re all from districts generally where Trump won big. And even those will tell you, and others will, that they’ve heard from their districts that they don’t like Ryan’s bill. I’m just trying to help secure Trump’s promises of competition, and lower rates. So, what the intended goal is, of the tweets, is not exactly clear all the time. But I don’t think any of that is sidetracking any of it.”

They are still not completely on the same page and don’t expect a revised bill to be voted on anytime soon, but at least the two sides are hearing one another out.