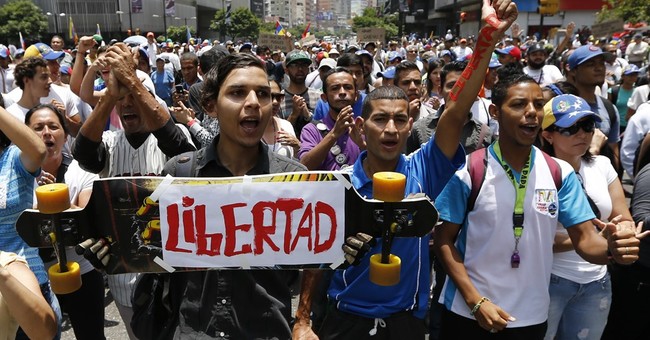 Good news, everyone! MSNBC's Rachel Maddow has identified the reason thousands of Venezuelans have taken to the streets to protest. It's not the lack of food. It's not the supply-less hospitals where babies are dying. It's not the out of control inflation rate. It's...Donald Trump, clearly.

Watch, and try not to ram your head against your desk:

The notion that unrest in Venezuela is due to Trump is too insane for words. Great job Maddow. pic.twitter.com/tw0VchNQGf