What Is The Nuclear Option?: Three Things You Should Know 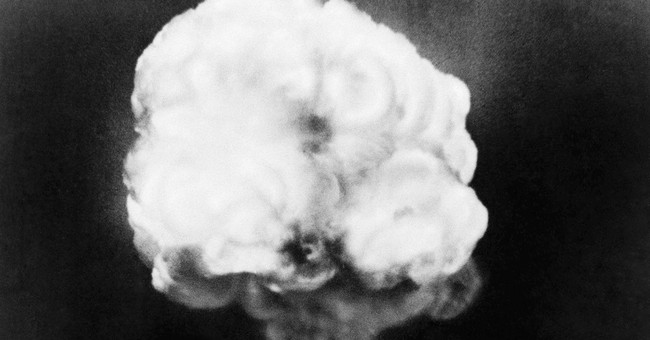 Senate Democrats have assembled enough votes to filibuster President Donald Trump's Supreme Court nominee Neil Gorsuch, meaning that it's now looking as though the "nuclear option" is going to be enacted. Here's a few things to know about what exactly this means.

when ur getting ready to pull the trigger on the nuclear option pic.twitter.com/h4C1pmeLwc

1. What is the nuclear option?

The "nuclear option" is the nickname given to a rule change process that would reduce the number of votes needed to confirm someone from 60 to a simple majority of 51. This would be used to block a filibuster, and, in this case, to confirm Judge Gorsuch.

2. When was the nuclear option first used?

The nuclear option was first used in 2013, although it had been mused as an idea long before that. Then-Senate Majority Leader Harry Reid (D-NV) changed the filibuster rule to require only a simple majority and effectively killed the filibuster. Guy argued in a piece published Monday that this should be known as the "Reid Rule."

3. Didn't anyone think back in 2013 that this could backfire on the Democrats?

Yes, but they clearly didn't think too much of it at the time. As they say, a person can't un-ring a bell, and this bell was pretty clearly rung four years ago and precedent was set.

As a bonus, here are a bunch of people who were thrilled about Reid killing the filibuster who were decidedly less thrilled when Education Secretary Betsy DeVos was confirmed.