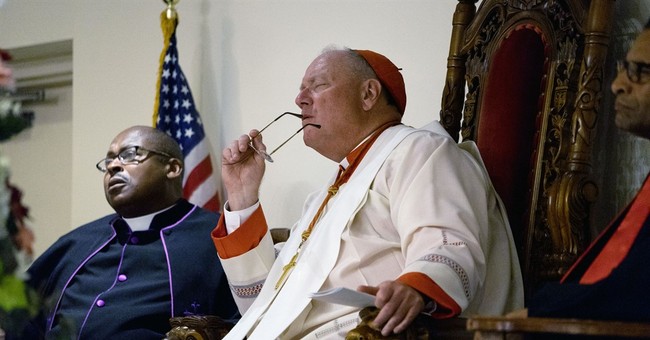 The pro-abortion group Catholics for Choice placed "Abortion in Good Faith" full-page ads in several newspapers around the country on Monday urging the repeal of the Hyde Amendment. The Hyde Amendment prohibits taxpayer funding of abortion.

Today, we launched a campaign to show that Catholics support abortion funding #InGoodFaith. Join us. https://t.co/rsmlSxOBDO

On Wednesday, Cardinal Timothy Dolan, the chairman of the USCCB's Committee on Pro-Life Activities, issued a statement condemning the group. Cardinal Dolan said that the use of the name "Catholic" to promote abortion is offensive and that they are in no way affiliated with the Church. The Catholic Church has been opposed to abortion for roughly 2,000 years.

An abortion advocacy organization called "Catholics for Choice" (CFC) placed deceptive full-page newspaper ads in multiple cities on September 12 calling for taxpayer funding of abortion in the name of the Catholic faith.

As the U.S. Catholic bishops have stated for many years, the use of the name 'Catholic' as a platform to promote the taking of innocent human life is offensive not only to Catholics, but to all who expect honesty and forthrightness in public discourse.

CFC's extreme ads promote abortion as if it were a social good. But abortion kills the most defenseless among us, harms women, and tears at the heart of families. Pushing for public funding would force all taxpaying Americans to be complicit in the violence of abortion and an industry that puts profit above the well-being of women and children.

Other bishops joined in to echo Dolan's statement, with Bishop Michael Olson of Fort Worth going as far to call the advertisements "evil."

Let us be crystal clear that "Catholics for Choice" is absurd. The murder of an unborn child is a sin that no Catholic can justly choose.

Cardinal DiNardo, Archbishop Gustavo, and Bishops Lopes and Farrell have released a joint statement on the Catholics for Choice ad campaign.

Let Them Destroy Each Other
Townhall
BUSTED: It turns out the self-proclaimed 'most high-profile Hispanic Democrat in the City of Miami Beach' isn't Hispanic
Twitchy
The Feds Are Forced to Release January 6th Surveillance Footage and Narratives Crumble
Redstate
Worse Than Carter? Meghan McCain Obliterates Biden—AGAIN
PJ Media