Wait–How Many Loser College Students At Arizona State Were Traumatized By Trump's 2016 Win? 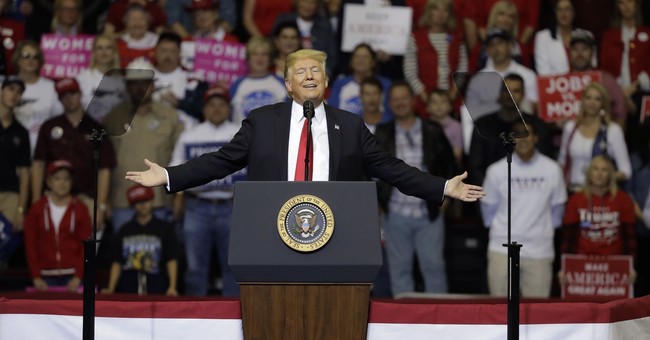 This is just ridiculous. It’s an election. It’s not war. It’s not anything traumatic in the slightest. You go in, you vote, you leave, and watch results. There’s a winner and a loser—and life goes on. For an ungodly amount of Millennials at Arizona State University, Donald Trump’s upset win over Hillary Clinton proved to be traumatizing. In fact, 25 percent of those polled said that Hillary losing was a traumatic episode for them.

There are times where my generation is unfairly lambasted for X, Y, and Z, but this game isn’t new. I don’t really care to be quite frank, though I will say, one this front, Millennials deserve to be torched for saying they’re exhibiting signs of PTSD because they lost an election. Just grow up, kids. Seriously, it’s an election. Everyone has moved on, except for the Acela Corridor. I’m still floored by the 25 percent. I knew a lot of young liberals were triggered by Trump’s win, but not this many. Then again, it’s opportunity to bash soft liberals who can’t deal with a Trump presidency  (via Daily Mail):

A quarter of students found the 2016 so traumatic they now report symptoms of PTSD, according to a new study.

Researchers surveyed Arizona State University students around the time of President Donald Trump's inauguration in 2017, and some had stress scores on par with that of school shooting witnesses' seven-month follow-ups.

Twenty-five percent of the 769 students, who were an even mix of genders and races and socioeconomic backgrounds, reported 'clinically significant' levels of stress.

The most severe cases were seen among women, black, and non-white Hispanic students, who were 45 percent more likely to feel distressed by the 2016 run between Trump and Hillary Clinton.

I wonder if that figure will increase when Trump wins a second term in 2020.