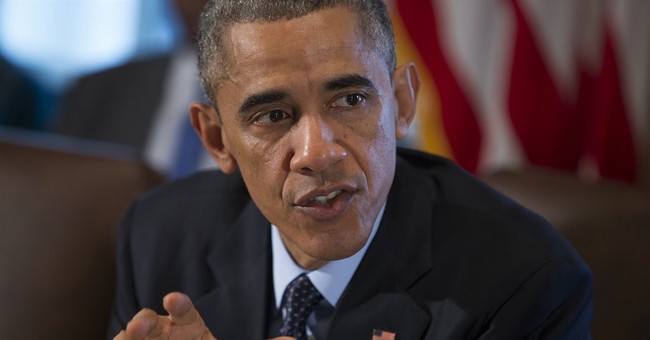 The videos of Obamacare architect Jonathan Gruber just keep getting better and so long as President Obama continues to argue he doesn't really know who Gruber is (despite nearly two dozen meetings at the White House) the more videos showing Obama's direct connection to continue to Gruber emerge. It turns out, Obama and Gruber go way back.

The latest in the Gruber-Obama relationship comes from a Brookings Institute forum in 2006, where then-Senator Obama praised him as "bright" and someone he "liberally" steals ideas from. AmericanCommittment has the video.

"You have already drawn some of the brightest minds from academia and policy circles, many of them I have stolen ideas from liberally, people ranging from Robert Gordon to Austan Goolsbee; Jon Gruber; my dear friend, Jim Wallis here, who can inform what are sometimes dry policy debates with a prophetic voice."

Flashback to Sunday when Obama was asked about Gruber:

ED HENRY, FOX NEWS: At your Burma townhall a couple of days ago, you tried to inspire young leaders by saying, "governments need to be held accountable, need to be responsive to the people." I wonder how you square that with your former adviser, Jonathan Gruber claiming you were not transparent about the health law because in his words the American people, the voters are stupid. Did you mislead Americans about the taxes, about keeping your plan in order to get the bill passed?

PRESIDENT OBAMA: No, I did not. I just heard about this. I get well-briefed before I come out here. The fact that some adviser who never worked on our staff expressed an opinion that I completely disagree with in terms of the voters, is no reflection on the actual process that was run. We had a year-long debate, Ed. I mean, go back and look at your stories. The one thing we can't is that we did not have a lengthy debate about health care in the United States of America. Or that it was not adequately covered. I would just advise -- every press outlet here, go back and pull up every clip, every story, and I think it will -- it's fair to say there was not a provision in the health care law that was not extensively debated and was fully transparent. Now, there were folks who disagreed with some of the various positions. It was a tough debate.

From one of the "brightest" academics to "some adviser." Ouch.