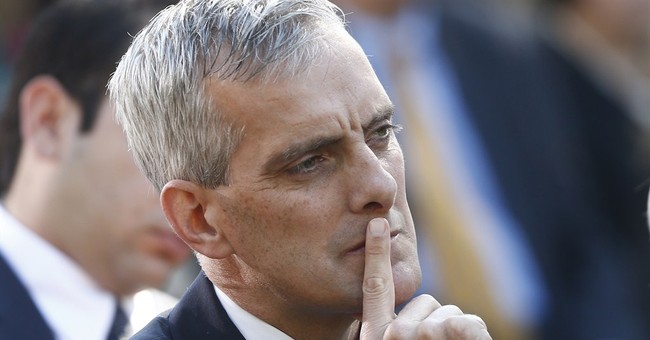 "We cannot simply pretend that those comments were never made," McDonough's said of a pre-election interview Netanyahu gave last Monday, "that they don’t raise questions about the Prime Minister’s commitment to achieving peace through direct negotiations."

In the now-infamous pre-election interview, Netanyahu told told an Israeli news organization, "I think that anyone who is going to establish a Palestinian state today and evacuate lands is giving attack grounds to the radical Islam against the state of Israel. There is a real threat here that a left-wing government will join the international community and follow its orders."

Asked directly if that meant a Palestinian state was not likely under his leadership, Netanyahu said, "Indeed."

Netanyahu then clarified his remarks after the election Thursday, telling NBC News, "I don’t want a one-state solution. I want a sustainable, peaceful two-state solution, but for that, circumstances have to change. I was talking about what is achievable and what is not achievable. To make it achievable, then you have to have real negotiations with people who are committed to peace.”

"I haven’t changed my policy," Netanyahu continued. "What has changed is the reality.”

McDonough addressed Netanyahu's claim that he had not changed his position Monday. "After the election, the Prime Minister said that he had not changed his position, but for many in Israel and in the international community, such contradictory comments call into question his commitment to a two-state solution," McDonough said, "as did his suggestion that the construction of settlements has a strategic purpose of dividing Palestinian communities and his claim that conditions in the larger Middle East must be more stable before a Palestinian state can be established."

"An occupation that has lasted for almost 50 years must end," McDonough continued, "and the Palestinian people must have the right to live in and govern themselves in their own sovereign state."