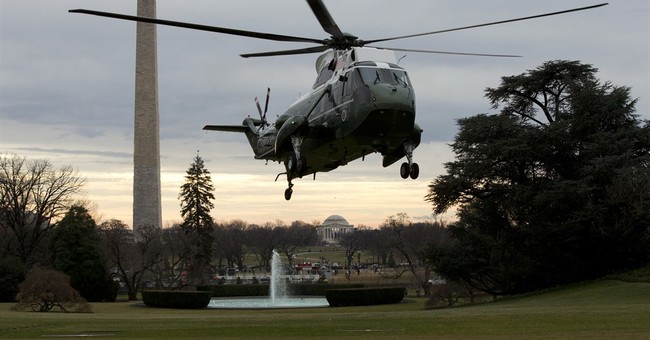 President Obama will travel to three cities this week where he will offer a preview of his January 20th State of the Union address.

In Detroit on Wednesday, Obama will celebrate the end of the "auto rescue" which he claims saved one million auto industry jobs and is responsible for the resurgence of manufacturing in the United States. Obama will make no mention that his bailout of General Motors and Chrysler cost taxpayers $16 billion according to the latest Troubled Asset Relief Program Inspector General's report.

On Thursday, Obama will travel to Phoenix where he will claim his administration's Home Affordable Modification Program is responsible for the recovery of the housing market. Obama will make no mention of former TARP Inspector General Neil Barofsky's reporting that HAMP deceived and impoverished millions of distressed homeowners and used them to "foam the runway" so that Wall Street banks could survive the financial crisis.

Obama will then travel to Tennessee on Friday where he will propose new policies that will make it easier for students to go deeper into debt to pay for college. Student debt has already increased almost 60 percent under Obama and now tops $1.3 trillion. Also not mentioned by Obama, according to the Federal Reserve, Americans with high levels of student debt are less likely to buy new cars or homes thus slowing economic growth and job creation.

The White House hopes these campaign style events will allow Obama to take credit for a record high stock market while also affording him an opportunity to pitch new unilateral executive actions that he claims will spread the wealth to the middle class.

Obama will make the case that his policies are responsible for the recent economic recovery and that Republican efforts to undo his work on health care, Wall Street regulation, education, and energy pose a threat to those gains.