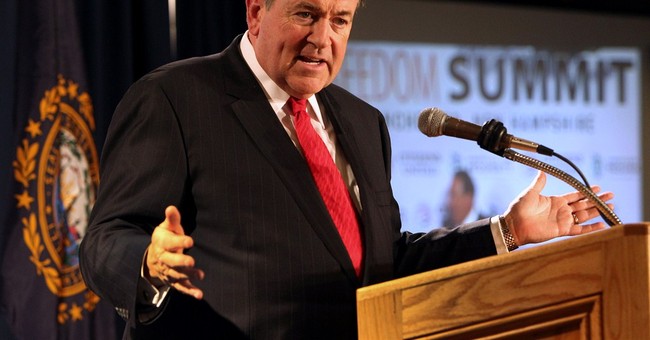 Sometimes politicians speak without thinking. Former Arkansas Governor and GOP presidential candidate Mike Huckabee was a perfect example of this on Saturday when he bizarrely claimed that he's "beginning to think there's more freedom in North Korea sometimes than in the United States." Huckabee was speaking in Manchester, NH at AFP's Freedom Summit.

To be blunt: Huckabee is incorrect.

North Koreans do not have any of the following freedoms: speech, press, religion, and voting, among many others. North Koreans who are thought to disagree with the government are thrown into camps and starved or worked to death. While Huckabee complained about having to be searched by the TSA before going on an airplane (which I'll agree is annoying), North Koreans aren't even allowed to leave the country on foot, never mind on a plane.

Yeonmi Park, a North Korean refugee, spoke about her experience living in North Korea for 15 years before she escaped with her family. Her childhood was marked by brainwashing and constant fear.

It was like living in hell. There were constant power outages, so everything was dark. There was no transportation – everyone had to walk everywhere. It was very dirty and no one could eat anything.

It was not the right conditions for human life, but you couldn't think about it, let alone complain about it. Even though you were suffering, you had to worship the regime every day.

I had to be careful of my thoughts because I believed Kim Jong-il could read my mind. Every couple of days someone would disappear. A classmate's mother was punished in a public execution that I was made to attend. I had no choice – there were spies in the neighbourhood.