Harvey Weinstein Reaches Settlement with Several Accusers. One Actress Has a Simple Response. 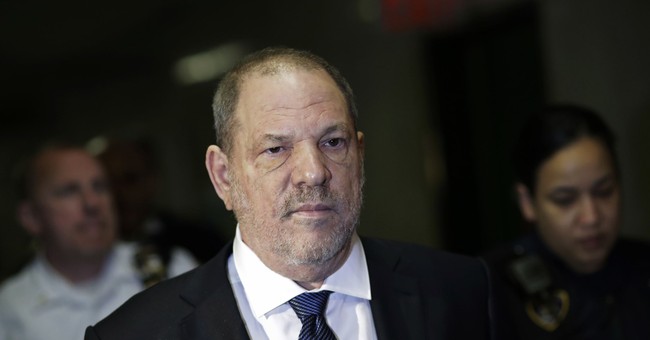 Disgraced Hollywood producer Harvey Weinstein has reached a tentative $25 million settlement with 30 of the actresses and former employees who have accused him of sexual misconduct, according to attorney Steve Berman, who represents a number of the accusers.

That means Weinstein "would not be required to admit to wrongdoing or have to pay anything personally," NPR reports.

The lawyers for Wedil David, who alleged that Weinstein raped her in 2016, and a few other plaintiffs rejected the "shameful" terms of the settlement that allow the defendant to escape accountability.

Statement from attorneys Douglas Wigdor and Kevin Mintzer, who represent Wedil David, Jane Doe, and at least one witness in the criminal trial: "It is shameful that $12 million of the settlement is going to the lawyers for the directors who we alleged enabled Harvey Weinstein." pic.twitter.com/jQzLrXEoci

It's disturbing news for the "Me Too" movement, which, along with a bit of help from New Yorker reporter Ronan Farrow, helped expose the abusive behavior of the Hollywood mogul in 2017. That exposé led to several other bombshells that brought down other powerful men in Hollywood like Matt Lauer and Kevin Spacey.

Actress Emily Ratajkowski attended the premiere of the new film Uncut Gems this week with a blunt message for Weinstein written on her inner arm: "F**k Harvey."

She added a few more words in the following caption on Instagram.

“Today Harvey Weinstein and his former studio made a $25 million deal with his victims," she wrote. "Weinstein, accused of offenses ranging from sexual harassment to rape, won't have to admit wrongdoing or pay his own money. #nojusticenopeace.”

Weinstein is still scheduled to face a criminal trial in New York in January on sexual assault charges against two women.