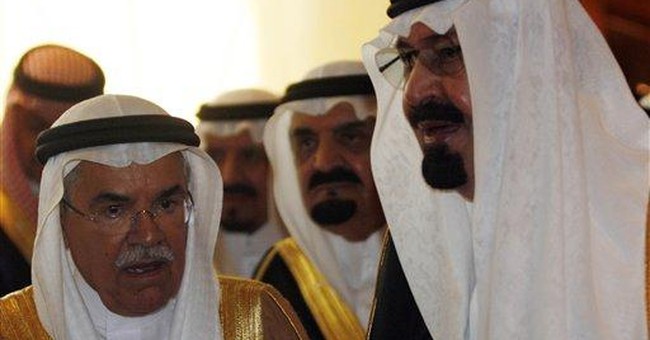 We don't look to arsonists to help put out fires but we do look to politicians to help solve financial crises that they played a major role in creating.

How did the government help create the current financial mess? Let me count the ways.

In addition to federal laws that pressure lenders to lend to people they would not otherwise lend to, and in places where they would otherwise not invest, state and local governments have in various parts of the country so severely restricted building as to lead to skyrocketing housing prices, which in turn have led many people to resort to "creative financing" in order to buy these artificially more expensive homes.

Meanwhile, the Federal Reserve System brought interest rates down to such low levels that "creative financing" with interest-only mortgage loans enabled people to buy houses that they could not otherwise afford.

But there is no free lunch. Interest-only loans do not continue indefinitely. After a few years, such mortgage loans typically require the borrower to begin paying back some of the principal, which means that the monthly mortgage payments will begin to rise.

Since everyone knew that the Federal Reserve System's extremely low interest rates were not going to last forever, much "creative financing" also involved adjustable-rate mortgages, where the interest charged by the lender would rise when interest rates in the economy as a whole rose.

In the housing market, a difference of a couple of percentage points in the interest rate can make a big difference in the monthly mortgage payment.

For someone who buys a house costing half a million dollars-- which can be a very small house in many parts of coastal California-- the difference between paying 4 percent and 6 percent interest would amount to more than $7,000 a year.

For people who have had to stretch to the limit to buy a house, an increase of $7,000 a year in their mortgage payments can be enough to push them over the edge financially.

In other words, government laws and policies at federal, state and local levels have had the net effect of putting both borrowers and lenders way out on a limb.

Yet, when that limb began to crack, the first reaction in politics and in the media has been to look to government to solve this problem because-- as always-- it was called the market's fault, the lenders' fault and everybody's fault except those politicians who created this dicey situation in the first place.

Markets often get blamed for conveying a reality that was not created by the market.

For example, the fact that "the poor pay more" for what they buy in stores in low-income neighborhoods is often blamed on those who run these stores, rather than on those who create extra costs through crime, vandalism and riots.

If the store owners were making big profits, the big chain stores would be rushing in to share in the bonanza, instead of avoiding low-income neighborhoods like the plague.

Markets were also blamed for the Great Depression of the 1930s and New Deal politicians were credited with getting us out of it. But increasing numbers of economists and historians have concluded that it was government intervention which prolonged the Great Depression beyond that of other depressions where the government did nothing.

The stock market crash of 1987 was at least as big as the stock market crash in 1929. But, instead of being followed by a Great Depression, the 1987 crash was followed by 20 years of economic growth, with low inflation and low unemployment. The Reagan administration did nothing in 1987, despite outrage in the media at the government's failure to live up to its responsibility, as seen in liberal quarters. But nothing was apparently what needed to be done, so that markets could adjust. The last thing politicians can do in an election year is nothing. So we can look for all sorts of "solutions" by politicians of both parties. Like most political solutions, these are likely to make matters worse. To find out more about Thomas Sowell and read features by other Creators Syndicate columnists and cartoonists, visit the Creators Syndicate web page at www.creators.com. Thomas Sowell is a senior fellow at the Hoover Institution, Stanford University, Stanford, CA 94305. His Web site is www.tsowell.com. COPYRIGHT 2008 CREATORS SYNDICATE, INC.