Terry Paulson
|
Posted: Apr 30, 2018 12:01 AM
Share   Tweet
The opinions expressed by columnists are their own and do not necessarily represent the views of Townhall.com. 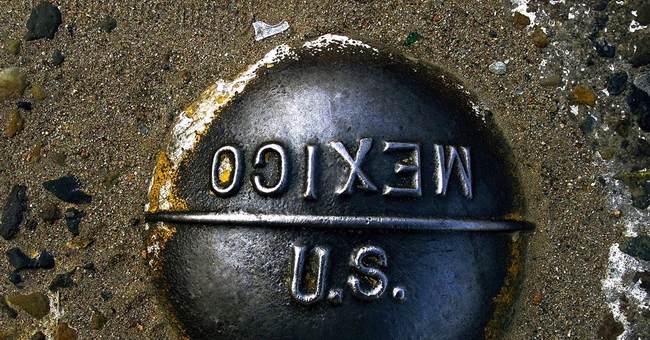 There is no question that California and the Trump Administration are locked in a divisive impasse on the issue of illegal immigration. With no agreement on DACA, funding for the border wall, the end to chain migration or immigration lotteries, tension is mounting and the anxiety of many undocumented families unsure of their future is growing. This impasse serves neither our country nor those who sanctuary status is supposed to protect. The legal battle is already moving through the courts.

A growing number of California counties and cities, including Simi Valley, have now joined a coalition of 18 Republican-led states and two other governors in taking action alongside Department of Justice against California laws that they hold are preempted by the Constitution and violate federal immigration law. The lawsuit, filed in the Sacramento federal court seeks to nullify three California laws signed in the past year that put the detention of federal immigration criminals into state hands and prevent private businesses and local police from collaborating with federal immigration authorities.

The 9th District Federal Court will undoubtedly uphold states rights, but their positions are notorious for being rejected by the U.S. Supreme Court. As a result, it’s only a matter of time before the sanctuary states will likely be in legal jeopardy.

President Trump’s decision to send the National Guard to the border until the wall is built has been embraced by many states with no support from California. The recent omnibus bill in Washington provided limited funds for existing wall repairs and extensions in Texas. The improvements will result in a far more effective wall where it exists now, and, with troops at the border freeing border agents to do their job, fewer undocumented aliens will easily enter.

Yet, the state’s sanctuary status will undoubtedly still draw more undocumented aliens to California. Supporting such an influx has a growing cost and added tax increases contribute to the continuing exodus of businesses and citizens.

Although California’s job and economic growth has outpaced much of the nation in recent years, that growth has not eliminated one of the state’s biggest problems—poverty. The state’s poverty rate is higher than any state in the nation when considering factors such as cost-of-living. The state’s welfare payments annually are larger than the next two largest spending states combined. That may be partially why the most recent U.S. News & World Report's Best State Rankings has the Golden State ranked 50th out of 50 states in quality of life. Does the state really need more undocumented aliens adding families to California’s welfare rolls?

But even with the cost, most citizens want a middle ground solution that politicians can’t seem to find a way to reach. What would need to be included? Surveys in 2018, still indicate that a majority of Republicans (77%) who voted for President Trump support his efforts to fund and build a wall to secure our southern border. Trump was elected with that as one of his primary campaign promises. Any realistic middle ground solution would have to include the construction of a border wall.

Majority of Americans don’t support mass deportation with surveys showing only 16 percent want undocumented immigrants to leave. It is impractical and destructive to communities and families who have become part of the fabric of our rich American mosaic. Any workable compromise plan has to provide a pathway to legal status for long-term undocumented immigrants.

At the same time, many support the implementation of ICE’s Priority Enforcement Program (PEP) that prioritizes the removal and deportation of convicted criminals. There’s clearly no agreement on what level of crime warrants deportation; a speeding ticket should not warrant the breakup of a family. Any compromise would have to establish a workable guideline for what crimes would necessitate deportation.

Waiting in line and following the rules to immigrate to America matters. Providing automatic citizenship for undocumented aliens is like rewarding those cutting in line. No illegal immigrants should be allowed to move ahead of the legal immigrants who have patiently worked to achieve that status.

At the same time, long-term illegal immigrants should be able to come out of the shadows to register to receive work permits that would allow legal status to work in America. Finding a workable and fair path to citizenship will be difficult to find, but for those who desire to become citizens, a path should be negotiated. It would have to be difficult, costly, and fair to those immigrants coming legally.

Unfortunately, none of this will happen until citizens demand that our parties reject their polarized extremes to find a workable immigration plan. Don’t complain about the “other party” until you’re ready to confront your own to work for a solution worthy of support.