Mood Sours Toward Both Parties 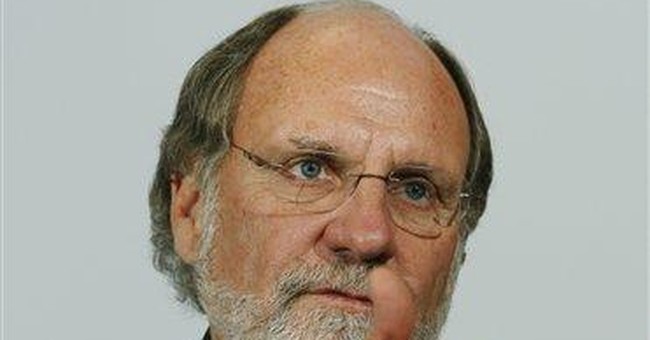 Would one-party domination in any combination of Tuesday’s off-year elections really indicate where this country is going politically?

You’ve got gubernatorial races in New Jersey and Virginia, a congressional special election in upstate New York, and a state Supreme Court race in Pennsylvania.

“I see no particular harbingers for 2010,” says Purdue University’s Bert Rockman. “While people are deeply unhappy about current conditions, they are also keenly suspicious of Republicans.”

Perhaps so. But however these races turn out for both parties, the anti-incumbency mood is growing across the country.

Here’s how these races are shaping up:

• Pennsylvania’s Supreme Court race between Democrat Jack Panella and Republican Joan Orie Melvin will tip the balance of power on the bench to one party or the other – important, as the 2010 redistricting lines will be drawn in this battleground state.

What does all of this mean?

Populism is on the rise and conservatism is gaining steam, perhaps at its own expense. (If Hoffman loses in New York, it almost ensures that the Northeast will be almost exclusively Democrat-blue territory).

A sour mood exists among people, with close-to-10-percent unemployment, decreasing health-care benefits and rising taxes – and a view that the well-heeled get bailed-out but John and Joan Q. Citizen do not.

Because our political system was designed to be slow and laborious and to do little, that sour mood grows rather than dissipates.

These political conditions have made the difficult course of lawmaking become nearly impossible, and governing has become highly averse to coherent action.

The Senate – designed to cool the saucer of political tea – now freezes the tea. It is where bills go to die.

We have a system that the framers intended. We also have impulses that they feared.

Or, as Rockman points out: “James Madison, meet Thomas Jefferson.”

People are frustrated because they fundamentally dislike politics. In response, they turn to candidates like Ross Perot or Jesse Ventura to work miracles, even though such figures usually have utterly nothing to offer (including any knowledge about how to bargain in the political system).

The bottom line is, if we don’t like what we have, we ought to blame the founders.

Remember that Madison, the major architect of our system, not only was no raving populist but was (quite justifiably) immensely skeptical of human nature; he sought to create institutions that would keep us from having the capacity to make our worst motives authoritative.

That’s why what happens Tuesday in Virginia, New Jersey, New York and Pennsylvania probably will give politicians a hint of the electorate’s temperament today – along with plenty of time to tweak their strategies heading into 2010.

Has the anti-establishment “tea party” movement had an impact on these races? Absolutely: Both Deeds and Corzine should be winning handily, no Democrat has held New York’s 23rd District since the Civil War, and President Barack Obama won Pennsylvania by 11 points. Do the math.

One thing is certain: Wednesday morning will pose a hangover for both parties as they assess going forward.

Heritage Foundation President: 'Juneteenth is a Perfect Answer' to Critical Race Theory
Landon Mion
Here's What Kevin McCarthy Said When Asked Whether Trump Should Be Speaker of the House
Scott Morefield