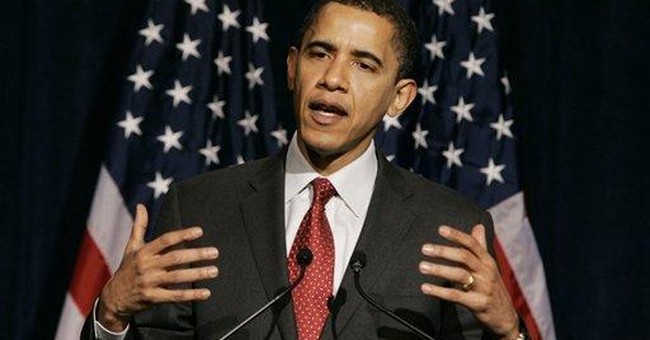 Even though Obama probably takes more liberal positions on many issues than does Hillary Clinton, Schaffner says the perception among Republicans is that he is more moderate.

"This is a matter of style over substance," Schaffner notes. "Obama speaks so often of bringing the parties together and working with Republicans, he seems less polarizing to Republicans than Clinton, who has long been demonized by that party."

One Republican who isn't afraid of Obama's liberalism is John Martin, who directs the grassroots Web organization "Republicans for Obama."

A Bronx, N.Y., native who was very active in the Young Republicans in college, Martin, 29, is in law school but serving on active duty in Afghanistan as a U.S. Navy reservist. E-mailing from Afghanistan, Martin said his group has more than 400 members since he last checked and that the Web site's server received so many clicks the day Obama won Iowa that it crashed.

Lisa Kinzer, 30, is another rock-ribbed Republican who's gone Obama. The Norman, Okla., native has been a registered Republican for 12 years. She has nothing against President Bush. But she does have a problem with the GOP's 2008 candidates.

Their bickering over the morality of using torture while interrogating terrorist suspects in an early debate was her turning point, she says, so she went to shop on the Democrats' side and picked Obama -- who she believes stands the best chance of uniting the nation by "reminding us of what we all have in common, our love of this country and our hope for its future."

Towson University science professor Antonio Campbell is a lifelong Republican -- he even ran as one in Maryland's 7th Congressional District 10 years ago. Yet if Obama wins the Democrats' nomination, Campbell says he will become an "Obama Republican."

Obama is the only Democrat he would vote for, Campbell adds. His second choice is John McCain.

"The opportunity does seem to be out there for Obama to build an 'Obama Republican' coalition," says Cal Jillson, political science professor at Southern Methodist University in Dallas.

While Obama clearly will not replicate Reagan's policies, Jillson says, he might replicate Reagan's larger theme of America as a land of opportunity. He might even persuade some Republicans "that government can effectively help families meeting their most serious challenges, like steady jobs at good pay, health care and college tuition at affordable prices.

"Reagan represented a fundamental shift in politics -- he created a majority coalition, and the voting population changed," says Jillson, as the primaries head into Super Tuesday.

If Obama can do to Republicans what Reagan did to Democrats, then Obama really will be 2008's "candidate of change."