Criminal Minds at the IRS 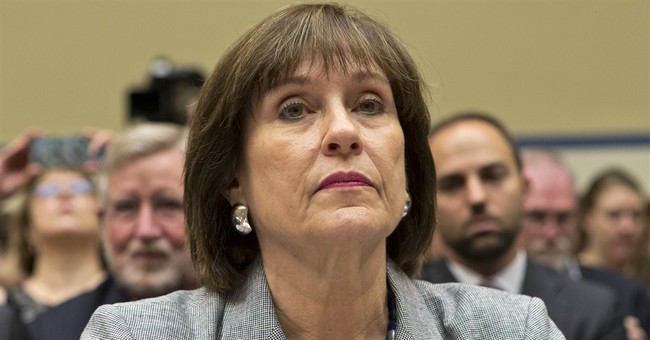 It’s pretty clear that the Internal Revenue Service acted illegally in its abuse of tea parties and other conservative groups and individuals since 2009.

Why else would Lois G. Lerner, director of the IRS’s division of exempt organizations, plead the Fifth before the House Oversight and Government Reform Committee?

She invoked it last Wednesday after reading a statement in which she claimed, “I have not done anything wrong.” My lying eyes conclude that the lady has something to hide but hates the idea that we think so. By contrast, most organized crime figures who are dragged before congressional committees shrug, look down, plead the Fifth, and don’t bother pretending that they’re innocent. That’s why they have lawyers.

For the past three years, the IRS has behaved like Soviet-style apparatchiks, using power and fear to stunt a grassroots movement that flexed mightily in 2010 but then mysteriously quieted down. Now we know why. When the IRS began carpet bombing conservatives with punitive audits and demanded to know things like what kind of prayers were uttered at meetings, the Big Chill was under way.

In fact, it’s still going on despite misleading media reports that all that bad stuff was in the distant past, such as 2012. As Hillary Clinton might insist, “What difference, at this point, does it make?”

A 40-page memorandum released on May 20 by Cleta Mitchell, a prominent attorney representing conservative nonprofit organizations, shows exactly why the IRS is still a threat to our constitutional republic.

“Prior to 2010, the time frame for review and receipt of IRS tax exempt status would

typically be three months to one year for a 501(c)(3) organization and 3 to 6 months for a 501(c)(4) or (c)(6) organization,” she writes. In 2010, the IRS “changed its system for reviewing and processing applications. The timeline for some of the clients I currently represent demonstrates that the IRS is STILL holding up the applications for exempt status recognition of dozens — if not hundreds — of conservative organizations.”

In four cases, she reveals a pattern of years-long indifference, followed by ever increasing scrutiny.

Here are some of the questions the IRS posed in letters that follow a statement warning respondents that they risk a criminal charge of perjury if they get anything wrong or leave anything out:

--Provide a list of all issues that are important to your organization. Indicate your position regarding each issue.”

--Provide the following for all the events you have conducted and will conduct for 2012 and 2013:

a. The time, location, and content schedule of each rally or exhibition.

b. Provide copies of handouts you provided or will provide to the public.

Addressing the obvious targeting of tea parties, one IRS official claimed, “what happened here was that foolish mistakes were made by people who were trying to be more efficient in their workload selection."

Really? So changing the application from one with five to six short questions “to one that consisted of dozens of questions, necessitating volumes of materials and documents to be filed with the IRS was done in order to 'be more efficient'?” Mrs. Mitchell asks.

The agency first tried to finger two "rogue" employees in the Cincinnati IRS office as culprits. That ploy was “completely false,” Mrs. Mitchell writes. “In 2011, at least one of the Cincinnati IRS agents assigned to handle two clients' applications advised me that the Washington, DC office was actively involved in the decisions and processing.... The effort by senior IRS officials to lay this scheme at the hands of ‘a few low level' IRS employees is despicable and must not be tolerated.”

Mark D. West, founder and chairman of the Chattanooga Tea Party, told me that his group finally got its C-4 letter last month after nearly four years. He contrasted it with the treatment of a leftist group called Chattanooga Organizing for Action (COA), which applied in the summer of 2011 and received its tax letter in January 2013.

COA, which is not affiliated with Barack Obama’s Organizing for America campaign, says its mission is “to assist individuals and organizations in becoming the essential agents of real systemic change to achieve social, economic and environmental justice.” Not exactly a red flag to the current IRS.

The good news in all this is that the IRS itself is finally being put under a hot light at the table of public disclosure. It’s a little like the EPA getting caught dumping its garbage in a wildlife preserve.

And the Tea Parties are stirring again.

“Some of the perceived loss in enthusiasm and activity has been valid,” said Mr. West. “But it’s also been that we got smarter. Instead of time and treasure spent at rallies in Washington, D.C., we refocused our energies on more productive and effective efforts.”

In Chattanooga, that meant replacing a three-term, liberal city council member with a Chattanooga Tea Party board member in the April election, plus two more conservatives joining the council.

“This goes back to 2010, and a property tax increase,” said Mr. West. “Every single council member who voted for the tax increase was defeated. These are the battles that the mainstream media won’t focus on.”

Last Tuesday, with 24 hours’ notice, the Chattanooga Tea Party mounted a rally of 100 people at an IRS office as part of a national protest, he said.