Who's Watching the Watchers 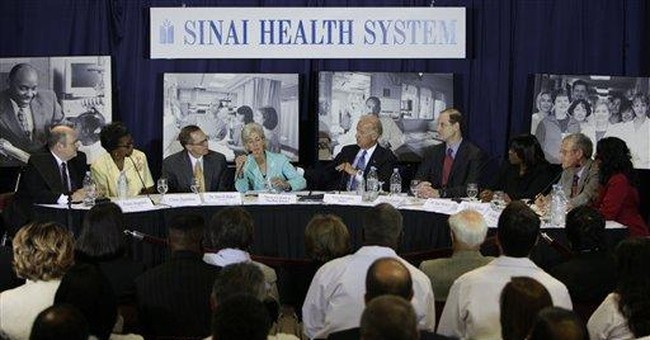 In the late 1970s, as the federal government arranged to bail out Chrysler, not-yet-famous economist Alan Greenspan warned the problem “was not that it would fail, but that it would succeed.” And it did, thus paving the way for more bailouts, including (again) Chrysler.

But the first Chrysler bailout was just one company, one time. The rolling series of financial bailouts over the past year -- Fannie Mae and Freddie Mac, AIG and Citibank, General Motors and Chrysler, etc. -- have not yet succeeded or failed. But they’ve raised a new moral hazard. These days, having invested so much in so many formerly private businesses, lawmakers in the federal government seem to believe they’re entitled to meddle in any company at any time.

An early hint came when insurance company AIG (which had accepted $170 billion from the U.S. government’s bailout) was contractually required to pay 73 employees bonuses of more than $1 million each. Not so fast.

Senate Majority Leader Harry Reid insisted the company must give the money back. “We expect that you will report back to Congress on your efforts to recoup these payments in short order,” the Nevada Democrat warned. Sen. Charles Schumer, D-N.Y., went even further. “If they don’t [return the money] we plan to tax virtually all of it.”

The idea that the all-powerful federal government would set out to target 73 private citizens ought to be frightening. But it’s the sort of thing Americans will be getting used to as the power of the government grows.

This summer, amid the furor over health care reform, two powerful House members are taking things to another level. On Aug. 17, Reps. Henry Waxman, D-Calif., chairman of the House Energy and Commerce Committee, and Bart Stupak, D-Mich., chairman of the Subcommittee on Oversight and Investigations, sent a letter to 52 health insurance companies.

They demand that companies compile a list of any employee paid more than $500,000 in any of the past six years. They also want to know if these employees collected any bonuses or perquisites. Further, they demand to see a “table listing all conferences, retreats, or other events held outside company facilities from January 1, 2007, to the present that were paid for, reimbursed, or subsidized in whole or in part by your company.”

The three-page letter doesn’t explain what legal authority the congressmen or their committees have for requesting this information. It simply says they are “examining executive compensation and other business practices in the health insurance industry.”

The federal government, through its Federal Employees Health Benefits Program, does business with scores of insurance companies. If the Office of Personnel Management wants to ask them for compensation information so it can make sure it’s spending taxpayer money efficiently (wouldn’t that be a lovely change), it could do that.

But that’s not what the Waxman-Stupak letter is about. It’s a fishing expedition, with top lawmakers seeking information they have no right to demand. Information that the lawmakers will likely turn around and use to demonize insurance executives if they decide those company leaders were paid “too much.” It’s the liberals’ version of the “politics of personal destruction,” and we’ve already seen it pop up elsewhere in the debate over health care reform.

John Mackey, the CEO of Whole Foods Markets, recently wrote an opinion piece for The Wall Street Journal making the sensible point that pro-market reform is the way to go. He also pointed out there is no “right” to health care.

“Our Canadian and British employees express their benefit preferences very clearly -- they want supplemental health-care dollars that they can control and spend themselves without permission from their governments,” Mackey wrote. “Why would they want such additional health-care benefit dollars if they already have an ‘intrinsic right to health care’?”

So in countries where the government runs health care, what workers want is cash to buy their own health care. That should give fans of the government’s “public option” something to think about. But many on the left don’t want to think. They want to act. They’ve called for a boycott of Whole Foods because of Mackey’s piece.

“I don’t give money to Republicans,” Ben Wyskida wrote at the Huffington Post, “so I will have to cross Whole Foods off my list.” A Facebook page devoted to boycotting the company has more than 20,000 members. Liberals boycotting Whole Foods, a company that champions liberal causes. Does it get any better than that?

The entire health care debate boils down to whether or not socialized medicine would work in the United States. It wouldn’t, and Americans seem to realize that. When cooler heads prevail, we need to convince the government to be less involved in our lives. And the sooner the better.