Paul Driessen
|
Posted: Jan 04, 2020 2:45 PM
Share   Tweet
The opinions expressed by columnists are their own and do not necessarily represent the views of Townhall.com. 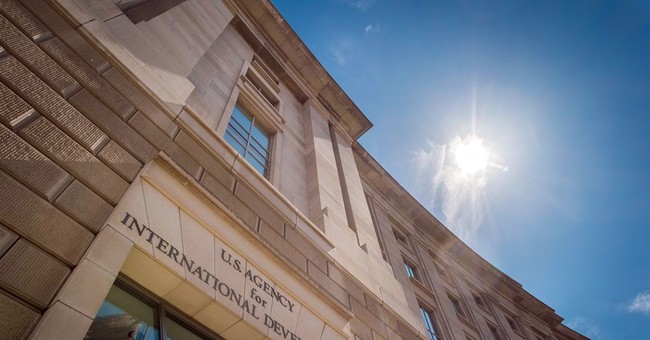 Editor's Note: This piece was coauthored by David Wojick.

Abundant, reliable, affordable electricity absolutely does all of this, as developed countries prove daily. Expensive, intermittent power does none of these things. Unpredictable, off-and-on power cruelly promises refrigeration, heat, light, factories, businesses, jobs, modern schools and hospitals, better living standards, longer and healthier lives – then takes them all away, for hours, days or weeks at a time.

That’s because the USAID won’t support real energy. Its Deep State Obama era policies should have been deep-sixed the day President Trump took office. Instead, three years later, they still impose cruel and unusual punishment for Africa’s “crime” of being the last continent to modernize with 24/7 electricity.

USAID runs a program with the promising, grandstanding name “Power Africa.” It began six years into the Obama presidency. And yet, five years later, it has delivered less than 3,500 megawatts (MW) of new generating capacity. Total installed US summertime electricity generation capacity is 314 times that: 1.1 million MW, which supports less than one-third as many people as live in Sub-Saharan Africa.

Even worse, this minuscule improvement includes no coal-fired and no nuclear power. It’s mostly wind, solar and natural gas electricity generation, plus a tiny bit of geothermal and even a bit of heavy oil power generation – even though this still “dark” continent has enormous coal deposits. In fact, some 60% of Power Africa financial aid goes to relatively wealthy Nigeria and South Africa, not the numerous really poor countries – and countries receiving funds for wind and solar are not getting money for gas-fired power. Many countries get no energy aid at all; each of the others receives only a little.

It’s all because USAID’s “flagship” energy program is centered around and obsessed with “low-emission economic development.” Emissions in this context of course mean plant-fertilizing carbon dioxide or CO2, the trace gas (0.04% or 400 ppm of Earth’s atmosphere) that makes life on Planet Earth possible.

So even under President Trump, USAID remains locked into the notion that manmade CO2 is the primary or sole factor in climate change, and any climate or weather fluctuations will be catastrophic. Indeed, USAID brags, climate change plays a central role throughout the entire agency’s development efforts and throughout its partnerships with other federal agencies and multiple developing countries.

First, there is nothing clean, green, renewable or sustainable about wind and solar (or battery) energy. Wind and solar require 200 times more raw materials per megawatt than fossil or nuclear energy – and electrifying Africa, the USA or the world with wind and solar would require the biggest expansion of metals, minerals and limestone mining in human history. To end their intermittency, you’d need billions of expensive 100-kWh battery packs, still more mining – and vastly more child labor and slave labor.

USAID’s “lights on” slogan is just as phony. Solar provides zero electricity at night and powers society maybe 30% of the time year-round. A 600-MW coal-fired power plant generates 600 MW pretty much around the clock; 600 MW of solar capacity provides maybe 200 MW of power in bits and pieces, amid clouds, rains and nighttime. Battery backup for cities or countries is prohibitively expensive.

Wind is even worse. It typically takes sustained winds over 30 mph to generate full power, which rarely happens in most of Africa. Yet Power Africa boasts almost 2,500 MW of highly intermittent wind farms.

Supporting generation to bring electricity to people for the first time means all Africans get is intermittent electricity. This is cruel and unfair, and a stupid, eco-imperialist way to spend billions of aid dollars.

USAID’s anti-fossil-fuel, anti-development, anti-people policies are cloaked in lofty virtue-signaling language. The agency claims it shares its “world-class knowledge, data and tools” to “help countries predict, prepare for and adapt to” climate change and “lay the foundations for sustainable growth powered by clean, reliable energy and healthy landscapes.”

These claims fail every factual and humanitarian test. They may make Deep State, UN, IPCC, World Bank and EU technocrats – and their environmentalist allies – happy. But they will keep Africa mired in poverty, disease, misery, despair and needlessly early death for generations.

USAID’s “Low Emission Development Strategies” do not “forge partnerships” with poor countries. They impose partnerships that provide inadequate funding for insufficient supplies of intermittent energy – while doing nothing to “mitigate” climate changes that are no different, more frequent or more intense from what Africa (and the world) have faced numerous times throughout history. And most of the aid money ends up in the bank accounts of ruling elites and wind and solar manufacturers.

The lives of impoverished families improve little, and only at the margins. The electricity that the USAID, World Bank, EU banks and even Africa Development Bank (AfDB) so grudgingly finance cannot possibly support modern homes, hospitals, businesses, factories, communities and nations.

These climate-centric, anti-development policies will force African nations to turn increasingly to Chinese banks and mining companies; the onerous preconditions often attached to their contracts; and the callously indifferent conditions that exist in their mines and processing plants. America, Europe, Canada and Australia – and their laws, regulations and operating standards – will be relegated to the sidelines.

As to assertions that carbon dioxide and other “greenhouse gases” have replaced the Sun and other powerful natural forces that actually govern Earth’s climate and weather – with China, India and dozens of other countries building new coal and gas generating plants by the week, and driving millions more cars and trucks by the year, USAID’s “low emission” policies and strategies will make no difference.

Africa’s families and communities are not threatened by fossil-fuel-induced climate or weather that differs little from what they have confronted and survived numerous times throughout history. They are threatened by climate alarmist policies that keep them impoverished and energy-deprived – with few prospects for ever enjoying the living standards, health and longevity they dream of – and deserve.

President Trump should demand this via an executive order – and withhold US funding from the World Bank, AfDB and other anti-development banks until they also support coal, gas and nuclear power. He would stand tall as a true world leader on energy, climate change, prosperity and human health – a leader who finally terminated the global financial aid community’s deadly carbon-colonialist policies.

Support for abundant, reliable, affordable electricity is good policy not just for the United States, Europe,  Asia and other industrialized and developing regions – but for the poorest continent on Earth. This policy change would be the best New Year’s present Africa ever received.

Paul Driessen is senior policy analyst for the Committee For A Constructive Tomorrow (CFACT) and author of books and articles on energy, climate change and economic development. David Wojick is an independent analyst specializing in science, logic and humanitarian principles in public policy.