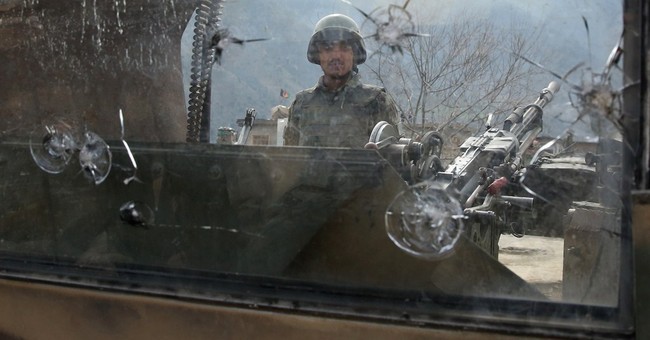 All but one of the 123 enterprises at the complex have returned to full operations. The number of North Korean workers at the site is 52,000, only 1,000 fewer personnel than before the shutdown.

Comment: Unsettled issues include communications and customs between North and South Korea and ease of passage from South Korea and return. North Korea's guarantee of uninterrupted operations during periods of increased tensions appears to be holding. Despite Allied exercises, North Korea has not used Kaesong as a pressure point on the South.

Afghanistan: On Monday, Taliban leaders warned Afghans against voting in presidential elections on 5 April. Taliban spokesman Zabihullah Mujahid said in a statement emailed to media that the group also had instructed clerics across the country to spread the word that the election is "an American conspiracy."

The statement told Afghans they should "reject completely" the election and not put themselves in danger by going to the polls. "We have given orders to all our mujahedeen to use all force at their disposal to disrupt these upcoming sham elections and to target all its workers, activists, callers, security apparatus and offices."

According to the press, Mujahid stated no specific threats or other details about Taliban disruption plans. During the 2009 presidential election, Taliban fighters assaulted and killed election workers, attacked candidates and also attacked voters, in some cases cutting people's fingers off. The group also warned the government against using public buildings, such as mosques and schools, for polling.

In 2004 more than 8 million Afghans voted, representing about 70% of the registered voters. Only a handful of polling places were closed because of security. The Taliban attacks killed fewer than two dozen soldiers and elections workers and injured fewer than 50 people.

The Taliban vowed to disrupt the 2009 elections as well, despite the presence of the 30,000-strong US surge force. They executed more than 400 attacks on election day alone, the highest single day total in 15 years, according to a UN report. A heightened level of fighting continued during the week after the elections.

Polling places were closed in some districts because of violence and in many others because of widespread voter fraud. Taliban attacks killed almost three dozen people. The final vote count showed that more than 4.5 million voters participated, less than one-third of the number of registered voters.

Thus, the Taliban surge in 2009 remains the benchmark for Taliban capabilities. If the results of Taliban disruption operations next month equal or exceed those of 2009, they will have invalidated the election.

Libya: The North Korean-flagged oil tanker that loaded an illegal shipment of oil yesterday was intercepted and seized by Libyan military and militia forces after it set sail and headed for international waters.

Spokesperson for the General National Congress (GNC) Umar Humaydan confirmed to the Libya Herald that the tanker, named Morning Glory, had been intercepted and was being escorted to Misratah port in western Libya.

Comment: Despite rebel threats yesterday, the rebels have taken no retaliatory action as yet.

A well-informed and Brilliant Reader advised that the Morning Glory is owned by a Saudi Arabian company, was flying a North Korean flag as a flag of convenience and has a very checkered history. Thus it might not have been loading oil for shipment to North Korea.

The ship's destination has not been disclosed. Moreover, transactions involving oil shipments are part of a complex worldwide network. No news service has reported information about the terms of the transaction, but it appears to have failed in any event.